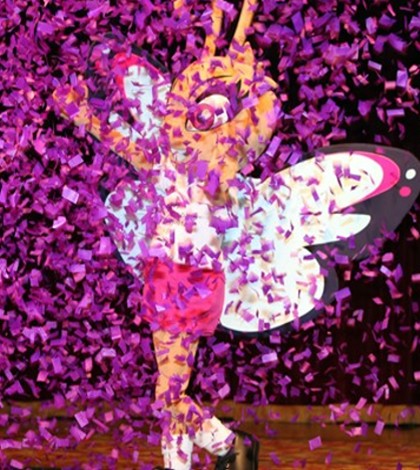 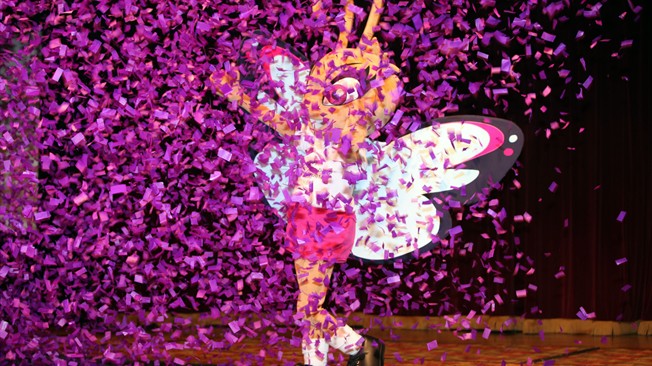 The logo and mascot of the FIFA U-17 Women’s World Cup Costa Rica 2014 have been unveiled at the official presentation to launch the fourth edition of the tournament.

Costa Rica’s political and sporting leaders were present at the event, which took place on Wednesday 21 November in the capital San Jose. Costa Rica is the first Central American country to host a FIFA women’s tournament of any age category.

“This is an emotional evening, full of symbolism,” said the country’s president, Laura Chinchilla. “It creates hope as well as challenges and I’m certain we’re up to the task. I’d like to thank both FIFA for selecting us and our Federation for all their work. Costa Rica used to be a caterpillar but has turned into a butterfly with beautiful colours.”

Chinchilla was referring to the tournament mascot, the Blue Morpho butterfly, which is one of many species in the country. “This butterfly represents typically feminine attributes such as fertility and peace, but its pose also shows its active side and affinity for football,” said Yolanda Camacho, executive director of the Local Organising Committee. “It’s friendly, talented, fast and intelligent, all of which make it the perfect ambassador for this particular tournament and for football in general.”

The Blue Morpho butterfly also forms part of the logo alongside the Guaria Morada (cattleya skinneri), the purple national flower of Costa Rica. “It’s the most cultivated orchid in the country,” Camacho continued. “And it’s so representative of the nation that it appears on coins and bank notes. The flower and the butterfly make the perfect combination to promote women’s football and to reinforce the image of Costa Rica as a country concerned with the environment and sustainable development.”

FIFA Head of Women’s Competitions, Tatjana Haenni, was equally enthusiastic. “We hope the mascot and the logo will be the face of the event and that Costa Ricans are able to identify with them. Being the first Central American country to organise a Women’s World Cup is a landmark in the development of football in the region. We hope the infrastructure can be a legacy for girls in this country to realise their dreams.”

Eduardo Li, president of the Costa Rican FA, struck a similar chord. “There’s a lot of work to do and various challenges ahead, but the tournament will help us show our culture to the world. Women’s football began here 50 years ago, but just like a caterpillar, it needed time to become a butterfly. Now it’s spreading its wings and is starting a new phase with this World Cup.”

Also in attendance were Costa Rica’s minister for sport, William Corrales, as well as FEDEFUTBOL executive committee member and president of the Costa Rican Women’s League, Victor Alfaro. Both stressed that the competition will help promote the game throughout the country.

The FIFA delegation made the most of the opportunity to visit both the National and Ricardo Saprissa stadiums as well as the construction sites of the Edgardo Baltodano and Jaco arenas. Of the potential training facilities for the participating teams, the Lagunilla centre stood out in particular. The practice pitch there will be made from the earth extracted from behind a school, where a new building will be erected in its place.

(AFP) The Omicron variant has moved the Covid-19 pandemic...
News