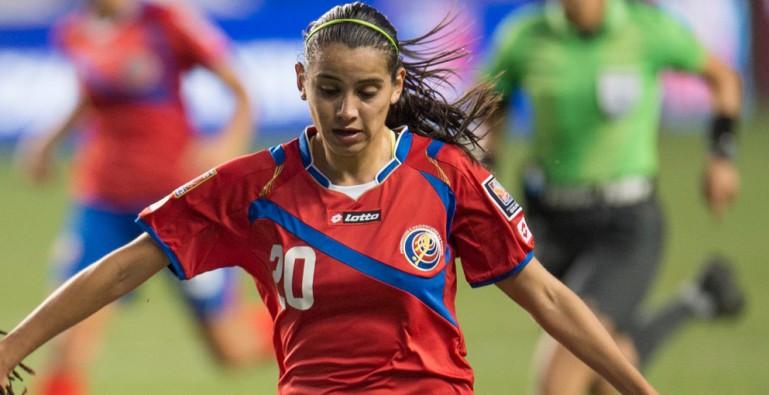 QCOSTARICA SPORTS – In their first match since reclaiming World Cup glory, the U.S. women’s national team begin their victory tour against Costa Rica at Heinz Field in Pittsburgh on Sunday, for what will be largest-ever crowd for a US women’s standalone friendly, with more than 40,000 expected to attend.

Some key players may not feature this weekend. U.S. forward Alex Morgan and goalkeeper Hope Solo are questionable for the first leg of the 10-match tour, as Morgan underwent knee surgery on July 17, while Solo is recovering from a knee injury she suffered during the World Cup. Forward Sydney Leroux has been ruled completely out as she recuperates from right ankle surgery. The U.S. rolled through the World Cup with a stellar 6-0-1 record and thumped Japan in the final, 5-2.

Under head coach Amelia Valverde and captain Shirley Crus Trana, Costa Rica, which participated in its first Women’s World Cup, finished third in Group E after a strong campaign that saw the Ticas tie Spain, 1-1, and then draw with the Korea Republic, 2-2, before fighting Brazil for a place in the Round of 16 and eventually dropping a 1-0 result.

The team’s record, though, doesn’t quite do it justice. Group E included first-time participants Spain, but also difficult teams like South Korea and powerhouse Brazil, the only team to beat Costa Rica.

Much of the credit for Costa Rica’s efforts belongs to keeper Dinnia Diaz, who was ceaselessly tested by the opposition with 19 saves, the third highest total in the tournament.