QCOSTARICA – Mercedes Morera Roche, a native of Costa Rica, extradited to the United States from Panama on August 21, 2014, on charges of human smuggling, was sentenced on Friday in Miami, to 30 months prison. 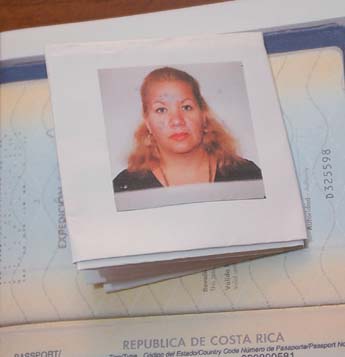 The 49 year-old Roche pleaded guilty on October 6, 2014, to conspiracy to smuggle more than 25 undocumented Cubans to the U.S.

According to her plea agreement, Roche admitted that between 2004 and 2011, she was an organizer of a human smuggling network that provided instructions, fraudulent identity and travel documents, escorts, transport, safe house locations, and other assistance to facilitate the illicit travel of undocumented migrants to the United States; admitted that in some cases, she provided fraudulent passports so that undocumented migrants could fly to the United States with the help of corrupt foreign airline and immigration officials.

Roche said she instructed her clients to destroy the fraudulent documents during the flights to the United States, and instructed them what to do and say to US immigration authorities upon landing.

The woman said she charged up to US$10.000 for each undocumented person.

Today, Tuesday, June 8, only ODDS can circulate. The measure is countrywide and applied between 5:00 am and 9:00 pm, save for those under the...