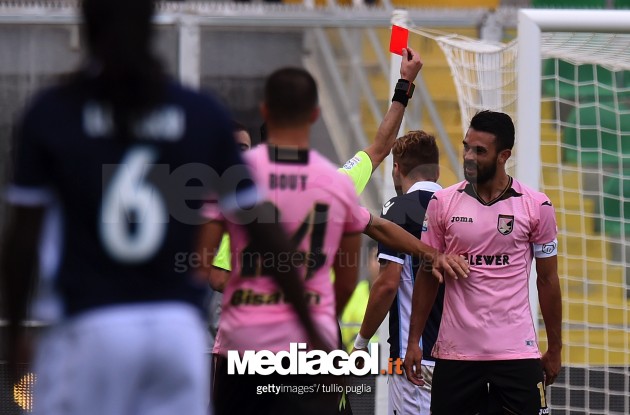 Q COSTA RICA – In the face of complaints by many of Costa Rica’s “excessive traffic rules”, take a page from Costa Rican soccer player Giancarlo González, now playing for Palermo, Sicily who recently got pulled over in Italy for driving over the alcohol limit.

The Italian publication MediaGol reported that while driving his BMW X4 in the middle of the night (2:00am said Rotocalcio), he was pulled over in a routine traffic spotcheck. The breathalyzer test resulted in a 0.55 reading.

Contrary to the report by Fiorella Masis in La Nacion, who wrote and I quote, “In Costa Rica, Gonzalez would not have had setbacks, as the maximum is 0.75″, Gonzalez, blowing a 0.55 in Costa Rica would have faced a similar fine (¢310,000 colones), but would have not lost his driver’s license. Unless, he was a newbie driver (under three years) or professional (taxi and bus driver, for example).

Above those limits, it could mean jail (for sure if someone is injured or killed because of your drunk driving) as it becomes a “criminal offence”, that includes the criminal charges, loss of all points that means a ban on driving and confiscation of the vehicle. Worse on repeat offences.

Many are surprised that it is legal in Costa Rica to drink and drive. The law says you cannot drive drunk. WTF?

- Advertisement -
Paying the bills
Previous articleMan Sues Caja For Delays In Surgery And Wins
Next articleHere’s An Idea, Use Dogs To Detect Leaky Water and Sewer Pipes