Here’s An Idea, Use Dogs To Detect Leaky Water and Sewer Pipes 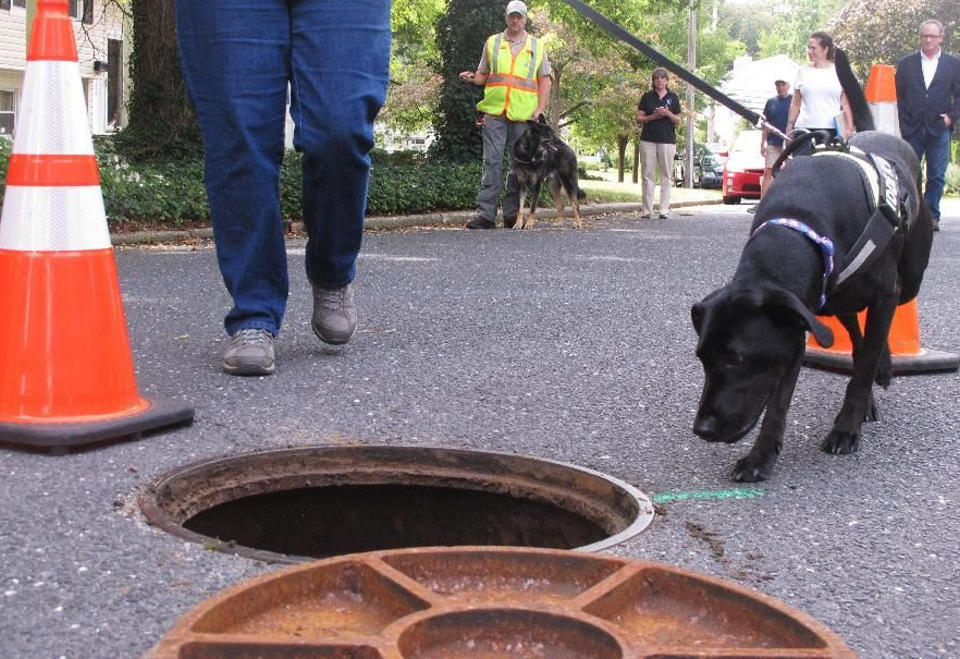 TICO BULL by Rico – The AyA, that is the water and sewer utility in Costa Rica, could take a lesson from the efforts of Fair Haven, N.J. use of pollution-sniffing dogs at the Jersey shore using dogs being No. 1 at sniffing out No. 2.

According to a report released last week by the Clean Ocean Action environmental group, a team of specially trained dogs has pointed out more than 70 spots in three towns near the Navesink River where human waste may be making its way into the waterway. They sniffed out potentially broken or leaking sewer pipes, failed septic systems, and places where waste might be mishandled or improperly disposed.

Fair Haven Mayor Ben Lucarelli told Associated Press (AP) the dogs were invaluable in laying out in just a few days’ time a map for the town to make repairs.

Oh wait a minute, the AyA doesn’t make repairs unless it is absolutely necessary and only after days on end of water leaks. And then, after the repair, they fill the repair hole with the same dirt they dug out, leaving the problem of repairing the road and sidewalk to someone else. Those of you who live here know well what I am talking about.

OK, let’s pretend that the AyA would be even remotely interested in this, they could do as in Fair Haven, get dogs from rescue shelters and train them to detect human waste in the same way that other dogs are trained to sniff out drugs or explosives.

They give an alert either by barking or sitting down when they detect something. As important as what they find is what they don’t find: places where the dogs don’t alert are generally considered to be safe.

The dogs, instead of running around wild, could be put to use to do good in the same communtities where they are deemed to be a nuisance.

And they jobc is not only for pollution-sniffing, they could sniff out potentially broken or leaky pipes. The problems could be used on public and private property.

The plan could actually work. In Costa Rica, there is no shortage of stray dogs or leaky water and sewer pipes. What there is a shortage of will within public institutions to be proactive.

QCOSTARICA - The contagion rate of covid-19 once again...
News