The internet, through social networks and pages to collect signatures, has become the relief of many Costa Ricans who criticize Presidenta Laura Chinchilla’s use of a private jet to travel to Peru.

And, despite the humour known as “memes”, the criticism is so strong that many feel the Presidenta should be the next main character in the Colombian telenovela (soap opera) “Escobar”, that portrays the life of drug trafficker Pablo Escobar.

Collages, cartoons and jokes all appear on Facebook, Intagram, Twitter, Pinterest and many others, all taking shots at the disrespect that the Presidenta and her group of “disloyals”.

On one site, www.avaaz.org, a collection of signatures has begun, asking the Presidenta to step down from office because she has “disappointed the people of Costa Rica”.

“Laura Chinchilla heads the most corrupt government in recent times in Costa Rica…” says the Avaaz post that has so far collected 746 signatures.

The petition as filed by Sergio R and asks the public to sign on this statement:

“Based on endless government corruption by the Laura Chinchilla government and her inability to rule and as a result of policies to attack the rights and freedoms of all Costa Ricans, the people of Costa Rica represented by the undersigned demand the resignation of Laura Chinchilla in charge of President of the Republic”. 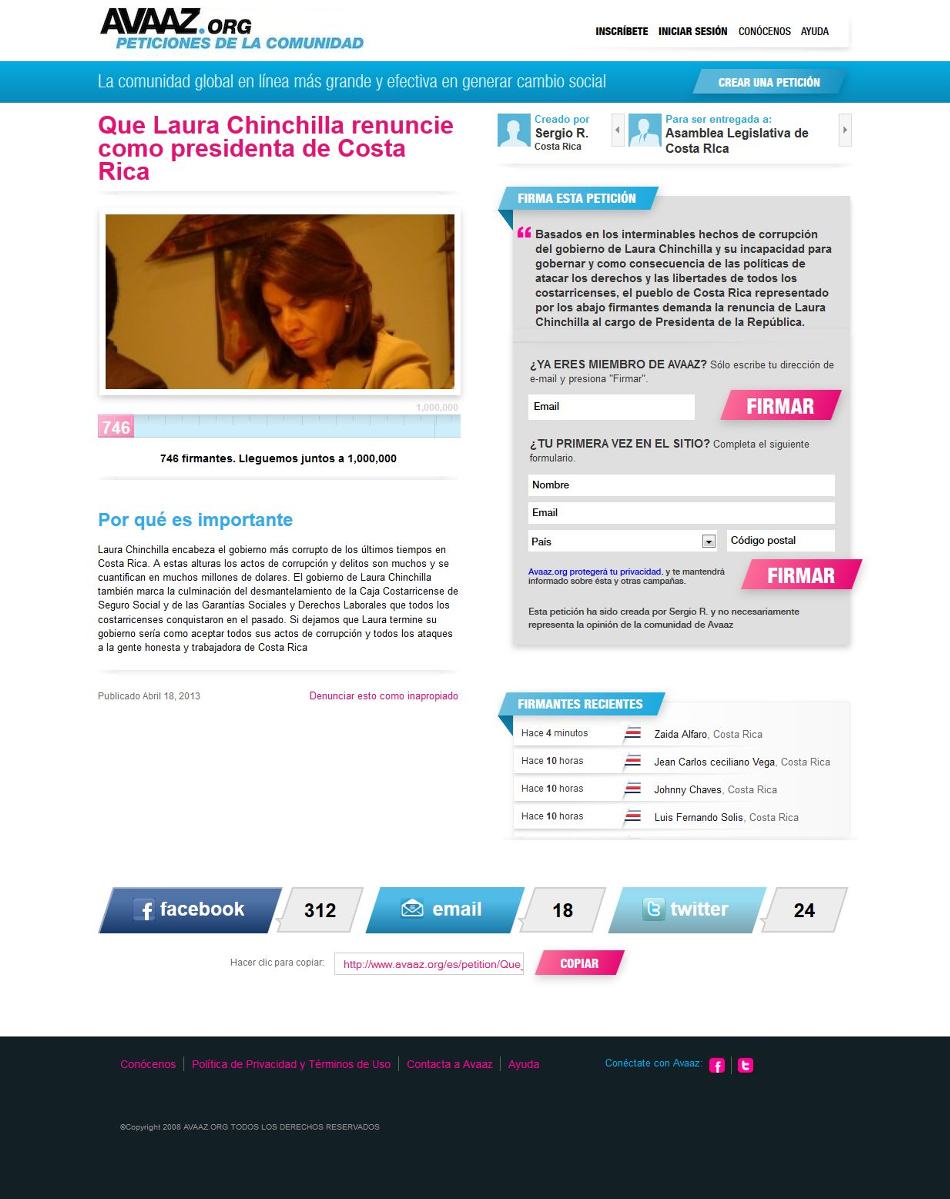