A Global Phenom – Being Gay 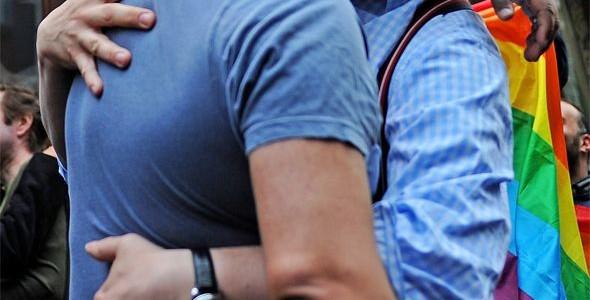 What can be lower on the totem pole of human values than a sexual preference? Who cares? And why?

I am a practicing Catholic and it just irritates the hell out of me because in most parts of the globe the religion supports only heterosexual marriages and heterosexual love.

On the other hand the Church feels free to deplore abortions for any reason, including the female health issue, rape and the medical condition determined by science of the fetus. Okay, no birth.

But then again how is it justified that those couples who wish children but physically have been denied that wonderful opportunity are also denied artificial insemination by the same Catholic Church that abhors abortion? The only Catholic Church in the Western Hemisphere.

So then, the Church in Costa Rica says; “Do not eliminate pregnancy by abortion for any reason and do not permit science to foster birth for any reason.”  Is this a proverbial Chinese stand off?

I am lost in this obvious contradiction of thought and so are most of the magistrates who dare not challenge the Church since despite its apparent national quietness, is a powerful force in Costa Rica. Especially powerful in the ability to make political donations.

The Church has been connected to unsavory financial transactions, to doing little if anything tangible for the poor and many believe it is nothing more than another Tico bureaucracy whose only goal is to become bigger and collect more money.

By law, Catholism is the official religion of Costa Rica. Absent of a lot of protest and very little modernization, the religion flourishes; however not in the press.

My experience is that some people, not a whole lot, do not attend the weekly mass except at weddings and funerals; however they speak like saints against gays, against prostitution. Marital affairs and  adultery, even stealing, corruption and narcotics until the parishioners “confess” those sins they are overlooked. Then things change and a new child of innocence is born to start over again.

The Catholic Church has been quiet in Costa Rica while taking the lead for equality and honesty in other Latin American countries. Life is just too easy and the members of the Church need to stand up and be counted if we are ever to change our culture of corruption.

While attending wonderful masses for children who are instructed not to fear but rather adore God and in fact become “friends”, I have also attended simply boring and non-thinking ceremonies for adults that, in reality, have the repetitive same message, “Don’t ask just follow.”

QCOSTARICA - If the rhythm in the arrival of...