Costa Rican voters chose to focus on the “culture wars.” 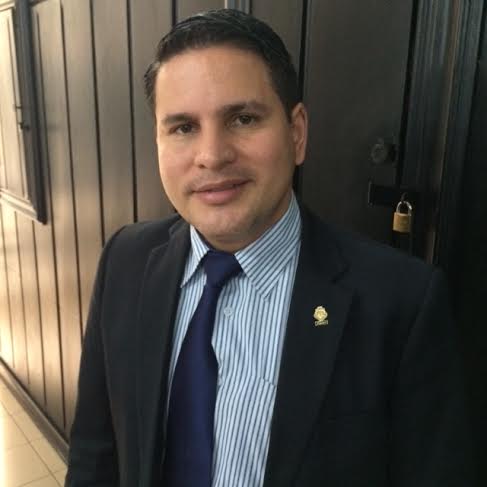 Is it the economy, stupid? A preliminary analysis would have concluded that such a maxim would prevail in Costa Rica’s presidential race: unemployment is high (especially among the youth), the cost of living is one of the highest in Latin America, and public finances are at a breaking point.

However, culture wars, in particular same-sex marriage, dominated the debate leading up to the first round of elections held on Sunday.

How can this be explained?

From the beginning this was an atypical presidential race for Costa Rica, due to the rise of a right-wing populist candidate who led the polls for many months. With a messianic and authoritarian rhetoric of “rebuilding the country” aimed at a “direct democracy with no parties or corrupt politicians,” Juan Diego Castro, a well-known litigation lawyer and former minister of security, became the candidate of the until then miniscule and irrelevant National Integration Party.

Castro’s phenomenon showed once again something that had become evident during the previous election: Costa Rica, Latin America’s oldest democracy, is not immune to populism. The country harbors several conditions that feed such a phenomenon. There is a tremendous animosity towards the political class, which is perceived as both corrupt and inept. This resentment also affects the media, businesspeople, and the judiciary. The rise of violent crime—2017 recorded the highest homicide rate in the country’s history—and the perception that the authorities are too weak on crime, further feeds the anger.

A widespread corruption scandal, in which the incumbent Solis administration was directly involved, along with the judiciary and various opposition parties, dominated public attention for months and strengthened Castro’s candidacy. Just one month before the election, polls showed him and Antonio Álvarez Desanti, from the National Liberation Party, as the most likely candidates to move forward to the run-off on April 1.

Yet there was a January surprise. On January 9, the Inter-American Court of Human Rights responded to an inquiry from the Costa Rican government on what sort of legal protection same-sex couples should have. The Court ordered the country to modify its laws to give them the same legal protections that heterosexual couples enjoy. Due to the principle of “conventionality control” with which the opinions and rulings of the Court are endowed in the Costa Rican legal system, that opinion de jure legalized equal marriage.

The issue was not alien to the campaign. In December, a march organized by the Catholic Church in favor of the “traditional family” brought together hundreds of thousands of people in San José—including seven presidential candidates. For some reason, the fight against the so-called “gender ideology” was already receiving more attention than the economy. A poll later revealed that two thirds of Costa Ricans oppose the Court’s decision on same-sex marriage.

The effect of the Court’s opinion was immediate. Fabricio Alvarado, an evangelical preacher and the only congressional representative of the National Restoration Party, went from having 3% in the polls to leading them, after promising to withdraw Costa Rica from the Inter-American Human Rights System. Carlos Alvarado, from the incumbent Citizen Action Party (PAC), also benefitted after young progressive voters rallied to support him for being the only candidate that welcomed the opinion of the Court. Ironically, the new scenario harmed Juan Diego Castro, who in spite of his right wing populism maintained a moderate approach regarding the rights of gay people.

The Court’s decision is deeply worrisome, even for those of us who defend the equal rights of sexual minorities, since its legitimacy with public opinion—which is crucial for these issues to advance and avoid generating reactionary movements—is extremely weak. This does not mean that same-sex marriage should have waited for the approval of the majority of the population, but that the decision would have had a more solid standing if it had emanated from Costa Rican institutions. Unsurprisingly, a large segment of the population reacted negatively to the perception that a foreign court was imposing same-sex marriage on the country.

The first round of elections confirmed that this issue prevailed over any other topic—including the previously most important one, corruption. Fabricio Alvarado received nearly 25% of the vote, while Carlos Alvarado came in second place with 21.7%. Antonio Álvarez Desanti, who also tried to lash out against the so called “gender ideology” and equal marriage rights, finished third with 18.6%.

Unfortunately, missing from the debate was the economy. It is possible that the low inflation rates of the last four years (averaging an annual 1.9%) contributed to a false sensation of macroeconomic stability. A crisis is nonetheless looming given the unsustainable trajectory of public finances: the fiscal deficit reached 6.2% of GDP in 2017 and it is forecasted to rise to 7.1% this year. The central government’s debt has grown to almost 50% of GDP.

If the problem—caused by unconstrained public spending growth—is not tackled immediately, then the government’s indebtedness will push interest rates up higher—something that is already happening—thus hampering consumption and investment. Growth will fall and unemployment, already at 9.4%, will worsen. The government will asphyxiate the economy.

The future president will take over with this difficult dilemma and will be far from having a parliamentary majority. The structural reforms needed to avoid a crisis will require a lot of political capital. That is why the future president should have spoken frankly to the Costa Rican people about the magnitude of the fiscal problem and the measures required to fix it. Costa Ricans, however, chose to focus on the “culture wars.”

QCostarica.com was not involved in the creation of the content. This article by Juan Carlos Hidalgo was originally published on Cato.org. Read the original article.

(QCOSTARICA) “We have to be tolerant, we live in an open...
Read more