Costa Rica’s Gays Will Hold A Watch Against Homophobia 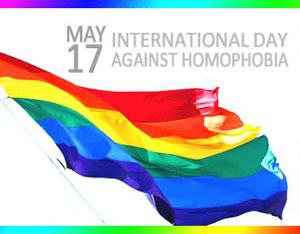 Gay groups in Costa Rica are preparing for a watch on Friday in front of the American Court of Human Rights (IACHR), to make a call against homophobia, joining the International Day Against Homophobia and Transphobia.

Rodrigo Campos, head of the Office of Diversity of the Goicoechea Municipality, explained that he wants a call to attention because in Costa Rica there is disrespect for human rights.

In almost 80 countries around the world, loving someone of the same sex is still considered illegal, at times involving lifetime imprisonment and, in nine countries, it is even punishable by death. And in many more countries still,  citizens are denied their right to live according to their preferred gender identity.

The International Day Against Homophobia and Transphobia (IDAHO) was created in 2004 to draw the attention of policymakers, opinion leaders, social movements, the public and the media to this issue.

It is not one centralized campaign; rather it is a moment that everyone can take advantage of to take action.

The date of May 17th was specifically chosen to commemorate the World Health Organization’s decision in 1990 to declassify homosexuality as a mental disorder.

The International Day against Homophobia and Transphobia is now celebrated in more than 100 countries, in all world regions and in places as diverse as Australia, Iran, Cameroon or Albania.