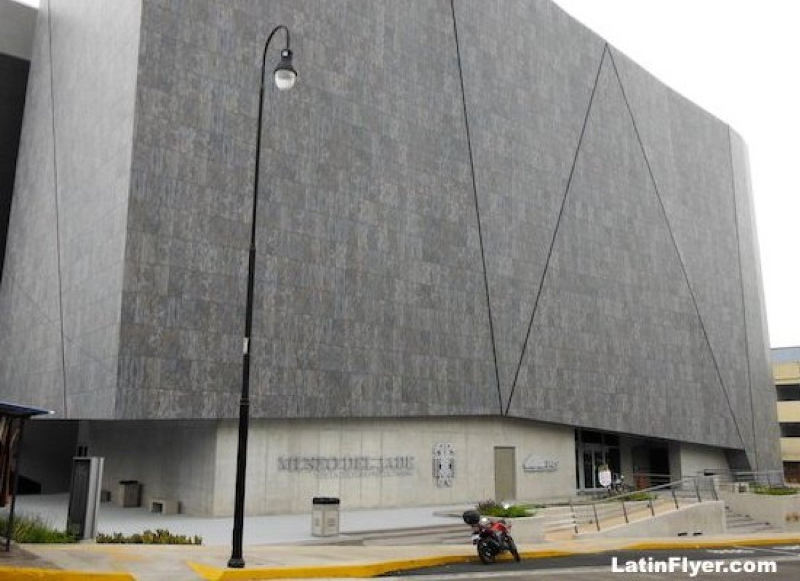 The Jade Museum has been one of the top tourist attractions in San José. Now, the attraction is likely to become even more popular among visitors to Costa Rica, topping the things to as it prepares to debut its new facility.

The US$21 million dollar facility will, for the first time ever, display every single one of its artifacts that make up the impressive collection.

The Museo del Jade y de la Cultura Precolombina (Jade Museum and Pre-Columbian Culture), has been moved from the base of the Instituto Nacional de Seguros (INS) building, is now located on the west side of the Plaza de la Democracia – a few blocks east from the heart of San José –  will officially open its doors on May 26.

The new museum space — which spreads across more than 7.000 square metres (75,000 square feet)  is so large that it will allow the INS, which operates the Jade Museum) to exhibit the entire collection for the first time in history. Nearly 7,000 pieces — including jade, ceramics and stone artifacts that date to centuries between 500 B.C. and 1500 A.D. — will be on view when the doors open to the public.

A large, colourful painting by César Valverde Vega, one of Costa Rica’s most important artists of the 20th Century, hangs in the entrance, which leads visitors into a soaring atrium flanked by five floors of exhibit space. The museum is fascinating not just because of its priceless artifacts, but also thanks to its insight into the culture and traditions of the pre-Columbian residents of Central America, including how they hunted, how they ate, how they fought and how they died. A fifth-floor gallery allows visitors the chance to see dozens of additional pieces that didn’t make it into the themed exhibits.

The museum will be open seven days a week, from 10am to 5pm.