Together with the minister, other Health and CCSS officials were vaccinated with the Astra Zeneca vaccina, which consists of two doses, which are applied 12 weeks apart.

QCOSTARICA – This Monday, April 29, 2021, Costa Rica began vaccinations with the Astra Zeneca vaccine with the Minister of Health, Daniel Salas, being first person in the country to receive a dose.

A few days ago Dr. Salas stated that he would get the AstraZeneca vaccine “right now”, without any fear.

Alexánder Solís, the president of the National Emergency Commission (CNE); the Minister of Security, Michael Soto; and Roberto Arroba, secretary of the National Commission for Vaccination and Epidemiology (CNVE), also got their first dose of the Astra Zeneca vaccine.

The second dose will be applied 12 week from today. 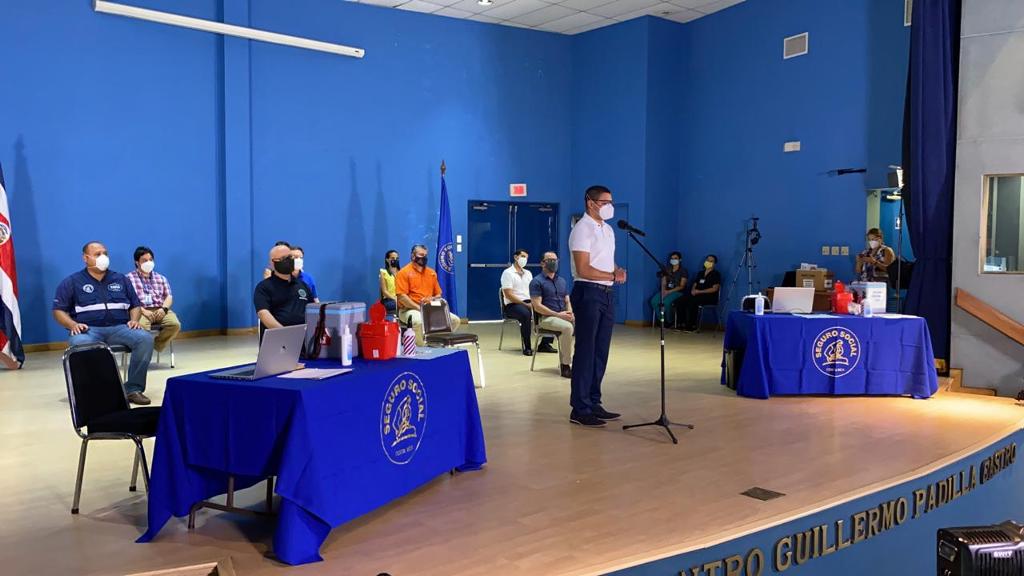 All of them are familiar faces in the attention of the covid-19 pandemic, who with their vaccination not only fulfilled the duty of protection because they are front-line workers in the fight against the virus, but also tried to assuage fears that arose around the AZ vaccine, due to rare effects, such as thrombi or clots, registered in European countries.

Costa Rica received the first 43,200 doses of this vaccine through the COVAX mechanism of the World Health Organization (WHO), but also negotiated the direct purchase of one million more doses for 500,000 people.

The efficacy of this drug is 79% for mild disease and close to 100% to avoid hospitalizations and deaths.

“The vaccine greatly reduces the probability of becoming seriously ill and even dying,” said the Minister of Health.

Likewise, Román Macaya, executive president of the CCSS, emphasized the possibility of saving lives with this drug.

“Especially in a situation like the one we are in, with a higher number of cases and hospitalizations,” he warned.

- Advertisement -
Paying the bills
Previous articleWoman crashes head-on with tanker truck. Did she foresee her own death?
Next articleKLM announces reactivation of flights to Costa Rica starting June 29

Q MAGAZINE - For the first time, the international...
News