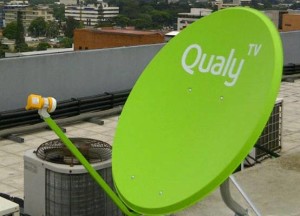 Qualy TV, part of Albavision Group, has selected the DTH satellite platform of Media Networks to support the pay-TV service that it just launched in Costa Rica.

The service will consist of 53 SD channels and four Premium movie packages. It will also carry national, children’s, sports, international and cultural channels.

The new operation in Costa Rica joins the Qualy TV service in Guatemala, launched in March, and there are plans to extend the service to Nicaragua, Honduras, El Salvador and the Dominican Republic.

Albavision was founded in 1948 in Guatemala with the opening of the Radio Sonora, in 1965 it opened its first television station, going HD in 2006.

The company today operates 26 television stations, 21 of which are property and the rest affiliates. Its radio network groups 25 national FM and AM networls.