TODAY NICARAGUA NEWS  (Prensa Latina)  — A two-week workshop on audiovisual and filmmaking, backed by the International School of Cinema and Television at San Antonio de los Banos, Cuba, opened today to contribute to train people in those specialties. 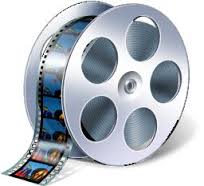 The Documentary Lab of Playwriting and Script, which is an initiative of the National Cinematheque, will be given by Jorge Fuentes, a profesor of the School of Cinema, and participants will be taught to establish differences and similarities between fiction films and documentaries, as well as to go in depth into cinema script writing, how to tell a story or present a topic, the planning in a documentary project, the ideas, the shooting and the editing processes, among other topics.

This initiative was promoted by the Government of President Daniel Ortega to develop the country’s cinema and train professionals in audiovisual making.