If the curve does not go down, the country could enter into "community contagion" 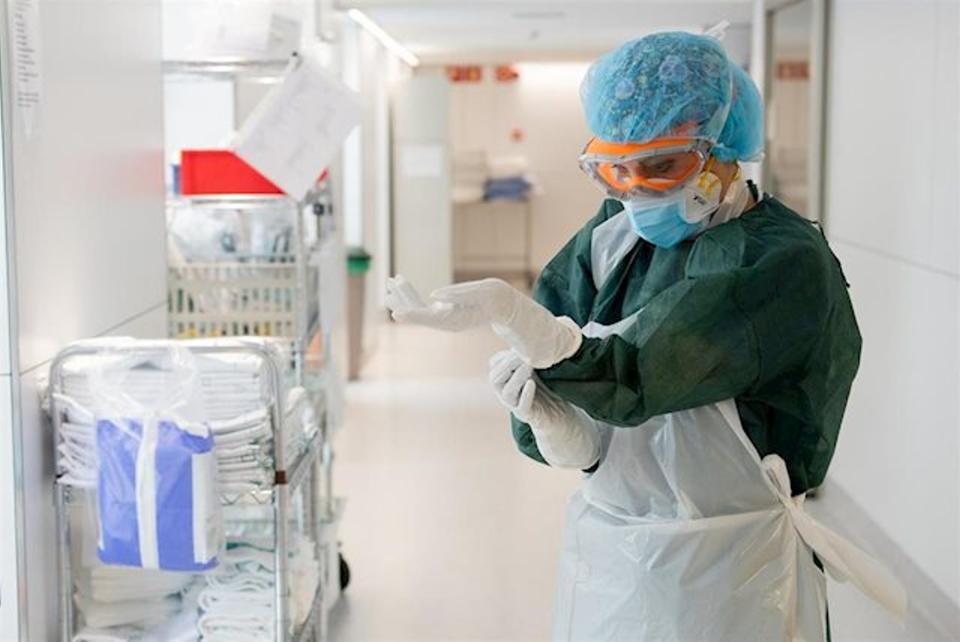 (QCOSTARICA) If the country fails to curb the COVID-19 contagion curve, the number of cases will have an exponential increase that would make diagnoses go from 30 to 240 per day by the end of the month. 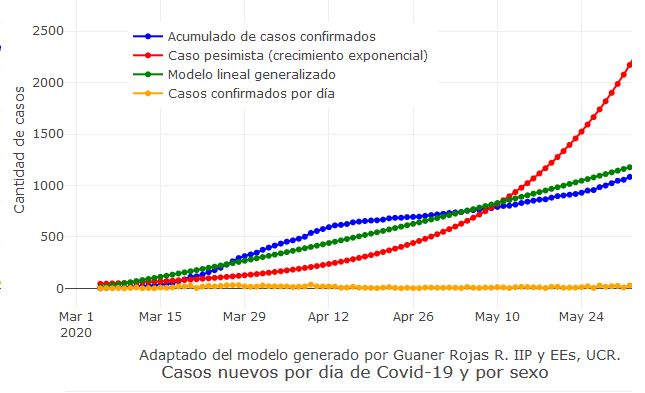 The evolution of the curve in Costa Rica.

This is revealed by an analysis of the Centro Centroamericano de Población de la Universidad de Costa Rica (UCR) – Central American Population Center of the University of Costa Rica, where it is explained that the number of infections that a sick person can cause has experienced an increase in recent weeks.

It is the R rate of reproduction of a pandemic, which is the average number of people that each infected person infects. “R” indicates by how much each generation of infected multiplies, that is, exponential growth.

On April 16, our country registered the lowest R value, it was barely 0.30, a range that could have “extinguished” the virus; however, as of June 4, the value of R was 1.88 and trending upward.

“This rate R = 1.88 is extremely worrying because it means a potential for doubling every 9 days in the number of people infected. In other words, the country could go from the current approximately 30 daily cases to 240 at the end of June, an amount that would overflow the system’s ability to locate contacts (about 5,000 laboratory tests would be required daily),” the UCR report cites.

Dr. Álvaro Avilés, head of Epidemiology at Hospital México, explained, with examples, what R is and what are the reasons why its value has grown.

He explained that this 1.88 puts us very close to “community contagion”, since the exponential increase in cases would make it impossible to trace contacts and the main concern is that health services are saturated and the system loses the ability to serve all severe and seriously ill.

Despite 1.88, the analysis recognizes that – so far – Costa Rica has managed to keep the pandemic “under control” and that there is scope to prevent the value of “R” from increasing, as long as people abide by sanitary measures. “But if they stay at those levels for several weeks, exponential growth will start to show and health services will overflow,” the document warns.

In mid-April, the country had the lowest R in Ibero-America, but after Easter, it started a growing curve and has caused Costa Rica to position itself as one of the countries where COVID-19 is the fastest spreading.

At the moment, and fortunately, Costa Rica has the lowest mortality rate in Latin America, with 2 accumulated deaths for every 100,000 older people.

QCOSTARICA - As is custom every second Friday of...
Politics