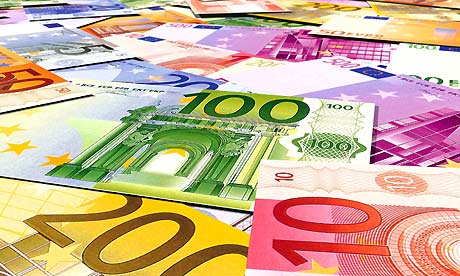 COSTA RICA NEWS – (IFR) – Costa Rica has chosen Deutsche Bank and HSBC as lead managers on an up to US$1 billion international bond sale that could take place as early as this month, making the selection from a short-list of six that also included Citigroup, Bank of America, JP Morgan and Barclays.

In order to take advantage of any “window of opportunity” that may present itself in the international market in terms of rate conditions and demand for the issue, the government has accelerated the process.

Costa Rica was last in the market in April 2014, when it priced a US$1 billion 2044 at par to yield 7%, or 339.5bp over US Treasuries, through leads Bank of America Merrill Lynch and Deutsche Bank.

At the time it still clung to one investment-grade rating – a Baa3 from Moody’s – with both S&P and Fitch already rating it BB and BB+, respectively.

Since then, however, Moody’s has demoted Costa Rica to Ba1, citing the failure to pass reforms that would lower deficits and ease its debt burden.

In January, Fitch revised its outlook on the BB+ rating to negative, pointing to slower economic growth and worsening debt dynamics.

Despite such credit concerns, bankers believe the sovereign’s possible maturities are relatively open, including a 30-year.

Several countries, including Mexico, the Dominican Republic and Colombia, have tapped 30-year money this year, taking advantage of investors’ hunt for yield further up the curve. And bankers believe that Costa Rica could do the same.

However, with its existing 2044s trading at a low dollar price of 97.75-98.75, it may prefer to print a new 2045 closer to par and avoid a lumping of amortization, given that there is already US$1 billion outstanding on the 2044s.

The borrower would also likely sell a new benchmark bond if it opted for a 10-year, as the existing 4.375% 2025s are trading at a low dollar price of 90.25-91.25 – well below the OID thresholds that allow for a reopening, say bankers.

QCOSTARICA - The increase in covid-19 cases and hospital...
Redaqted