Early Morning Eruption At The Turrialba 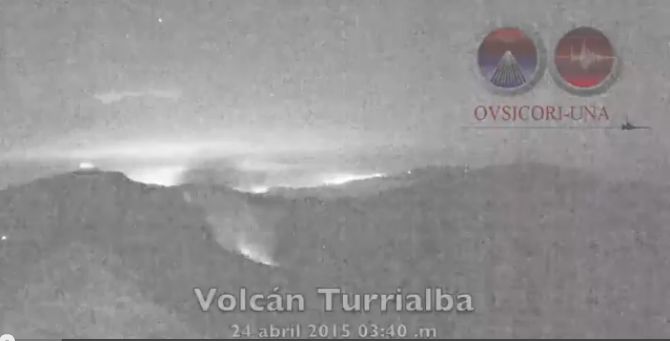 QCOSTARICA – It was 3:40AM this Friday morning when the Turrialba volcano had another eruption.

Experts at the Observatorio Vulcanológico y Sismológico de Costa Rica (Ovsicori) say the colossus had a “strong emission of ash and sulfur smell” that reached some parts of the Central Valley.

The last eruption was at 4:30PM Thursday, that spread ash fall all the way to the San Jose airport, forcing a 10 hour temporary closure, from 6:00PM Thursday to 4:00AM Friday.

The Turrialba volcano is one of the five active volcanos in Costa Rica, located in Cartago (east of San Jose) and has 3 craters. The others are the: Irazú (near the Turrialba), Poás, Arenal and Rincon de la Vieja.

Experts believe we must be prepared for anything to happen at the Turrialba since it become very active last October and with the “most significant” eruption on March 12.

Not related, in Chile the Calbuco Volcano erupts for the first time in over 42 years, forcing the evacuation of a 20 mile radius, with ash reaching areas of Argentina.

The Comision Nacional de Emergencias (CNE) – National Emergency Commission – is maintaining a YELLOW ALERT has prepared a guide to help people in the even to an emergency and deal with the falling of ash. 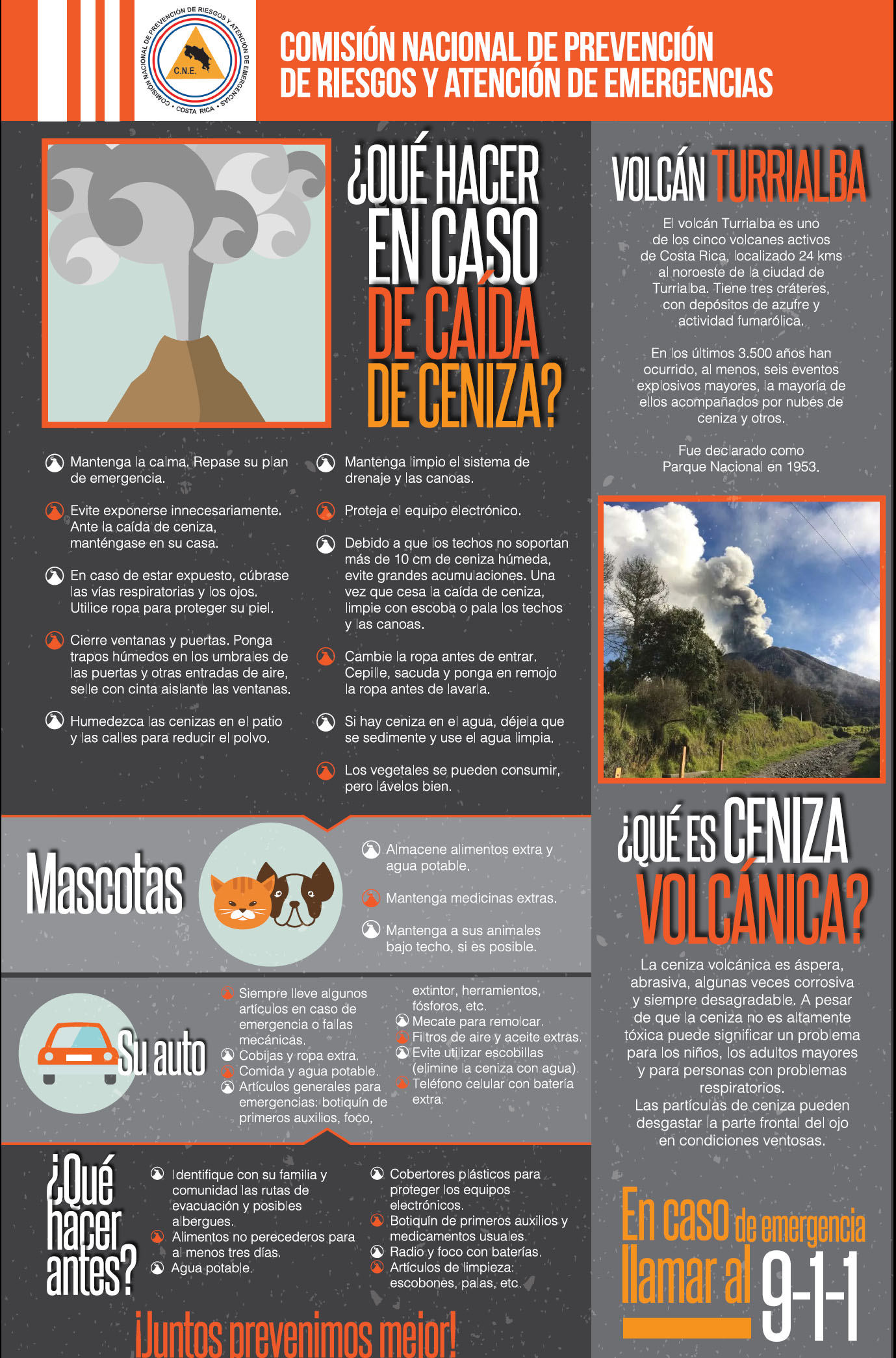 QCOSTARICA - Dr. Mario Urcuyo, an expert in the...
Cine (Movies)