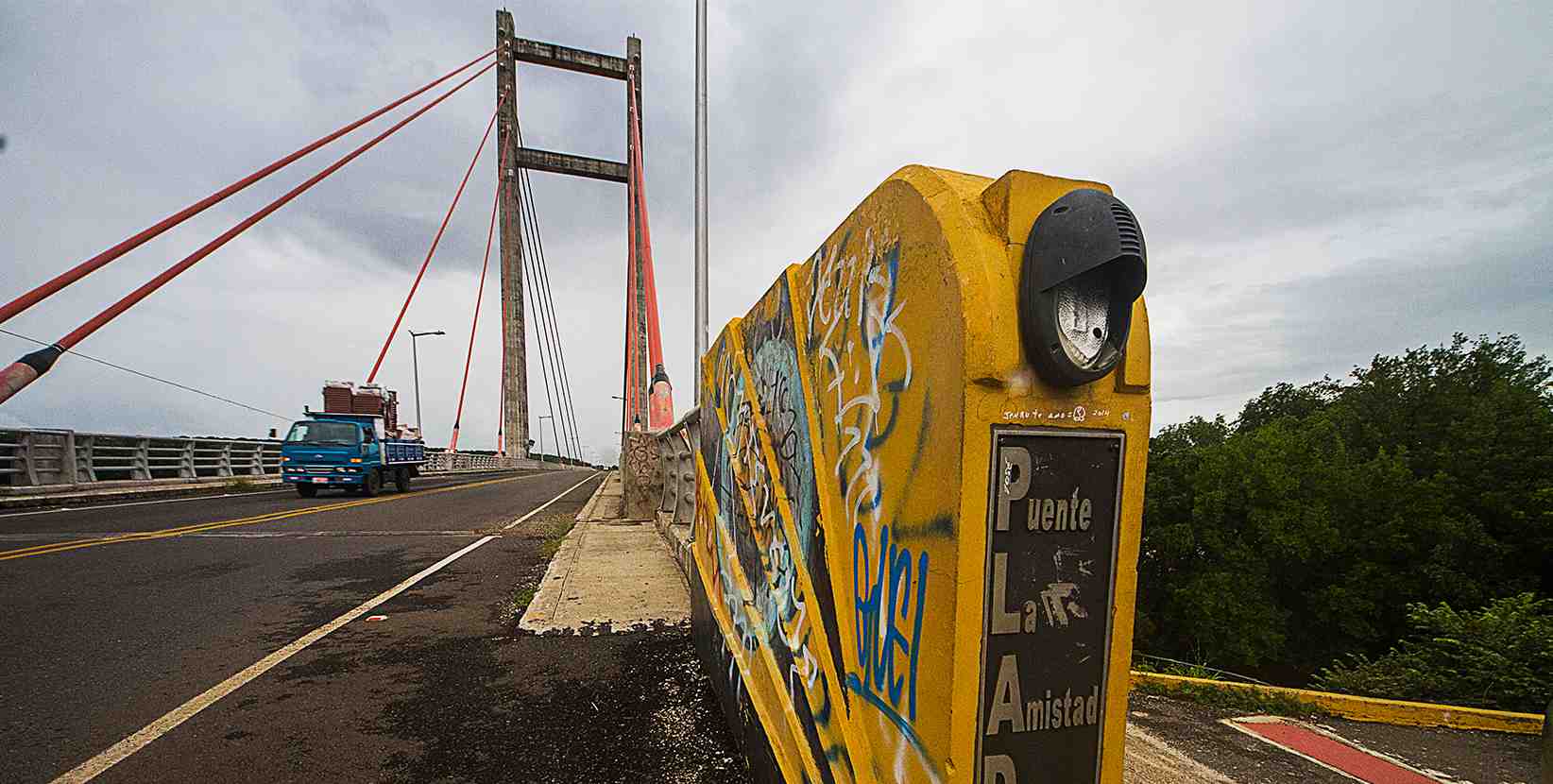 Completed in 2003, the bridge was financed and designed by Taiwan and built primarily by the Taiwanese company MAA, with participation of Costa Rican engineers and workers. The bridge has been known colloquially as Puente de la Apuñalada (Back stab Bridge) since former Costa Rican President Óscar Arias cut off relations with Taiwan in favour of China.

Puente La Amistad was damaged on 5 September 2012 by the 2012 Costa Rica earthquake. Lack of maintenance and neglect by transport authorities, the bridge is now considered “An Abandoned Friendship” as  thieves are stealing the brdge, piece by piece. Click here for our report.