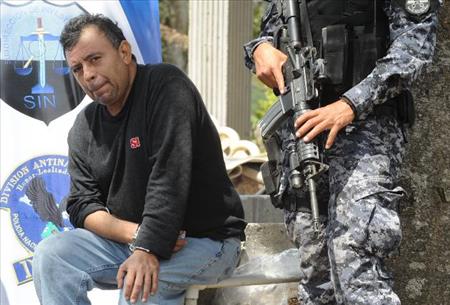 El Salvador authorities disclosed new details about the rise of a drug boss accused of moving 10 tons of cocaine into the United States, in a case highlighting the growing role of “free agent” traffickers in Central America’s underworld. 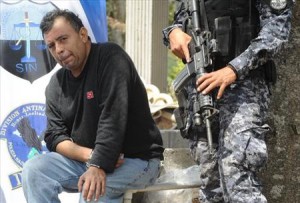 According to a confession given by an accomplice, Jorge Ernesto Ulloa Sibrian, alias “Repollo,” began his career importing fruit and vegetables into El Salvador from Honduras, but soon switched to smuggling marijuana from Guatemala.

La Prensa Grafica reported that in 1997 the source, named only as Horacio, accompanied Ulloa on a trip to Honduras where they were unsuccessful in their attempts to buy cocaine. They did, however, meet with several high-level traffickers, including local contacts for Mexico’s Sinaloa Cartel. The relationship soon bore fruit, according to the confession, as Horacio and Ulloa brought 12 kilos of cocaine back to El Salvador on two separate smuggling trips the following year.

When the Sinaloa contacts in Honduras were without drugs, Ulloa apparently turned to a Nicaraguan named by La Prensa Grafica as Juan Dewel (identified in other sources as “Dewey”) Thomas Altamirano. The newspaper reported Thomas Altamirano was linked to a 2010 case in Nicaragua of a ring transporting cocaine by helicopter, in which two of his siblings captured.

Ulloa was arrested in Guatemala last year, accused of having moved more than 10 tons of cocaine to the United States between 2005 and 2012.

From humble beginnings, Ulloa’s operation quickly grew into a large network that stretched from Colombia to the United States, via Mexico and all of Central America.

Upon his arrest in Guatemala, El Salvador’s minister of Justice and Security said Ulloa had strong connections to El Salvador’s Texis cartel, a key drug trafficking and criminal organization with high-level political and business connections. It was later revealed that a witness in Ulloa’s trial had identified Salvadoran congressman Wilver Alexander Rivera Monge as one of the organization’s key players.

Ulloa allegedly received shipments of cocaine from Colombia, which his network smuggled overland into Panama, Costa Rica and then Nicaragua. From there it passed into the hands of various criminal groups, including the Alvaritos in Nicaragua and the Sinaloa contacts in Honduras, his original suppliers.

Ulloa’s story is indicative of how Central America’s “transportistas,” who move drugs between South America and Mexico, have become the lynchpins of the drug trade, operating as unaffiliated free agents, smuggling drugs across borders for multiple groups and cartels. One has to remember that many Mexico’s mighty cartels began life as transporters for the Colombians.