El Salvador: Inside The Prison That Guards Are Too Afraid To Enter 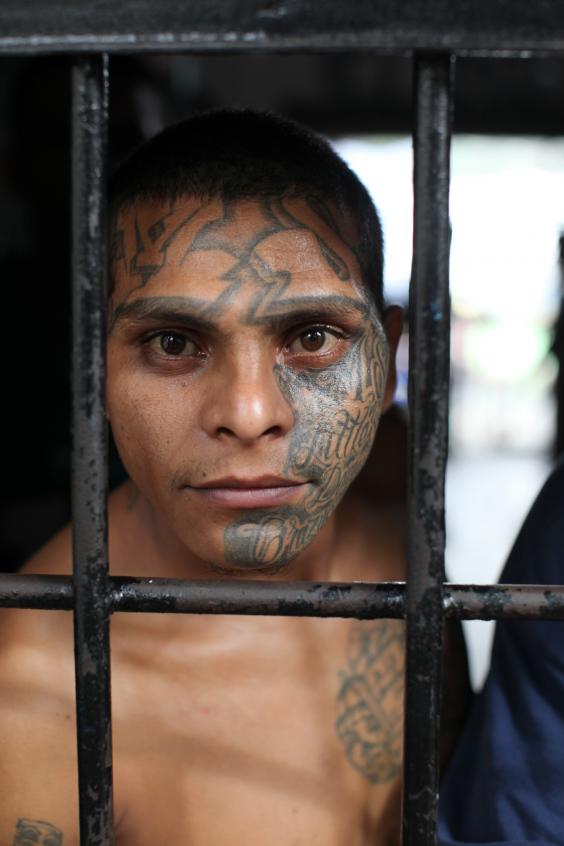 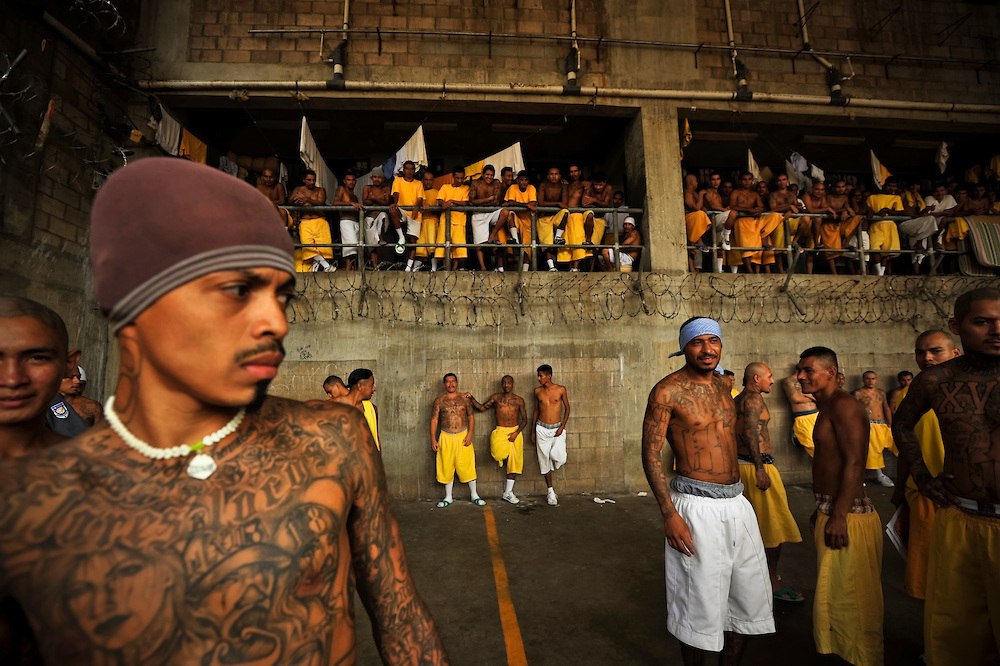 The Mara Salvatrucha, or MS-13, is arguably the most notorious street gang in the Western Hemisphere. They are so feared in El Salvador with a reputation for merciless revenge and cruel retribution, that they’ve been allowed to run their own prison – the Penas Ciudad Barrios.

“Penas Ciudad Barrios is a maximum security prison for members of the Mara Salvatrucha Gang in the South of El Salvador that is guarded by prison guards and the El Salvadorian army from outside its gates. This ensures that its inmates stay behind bars but means they hardly meddle at all with the ongoings inside its walls. 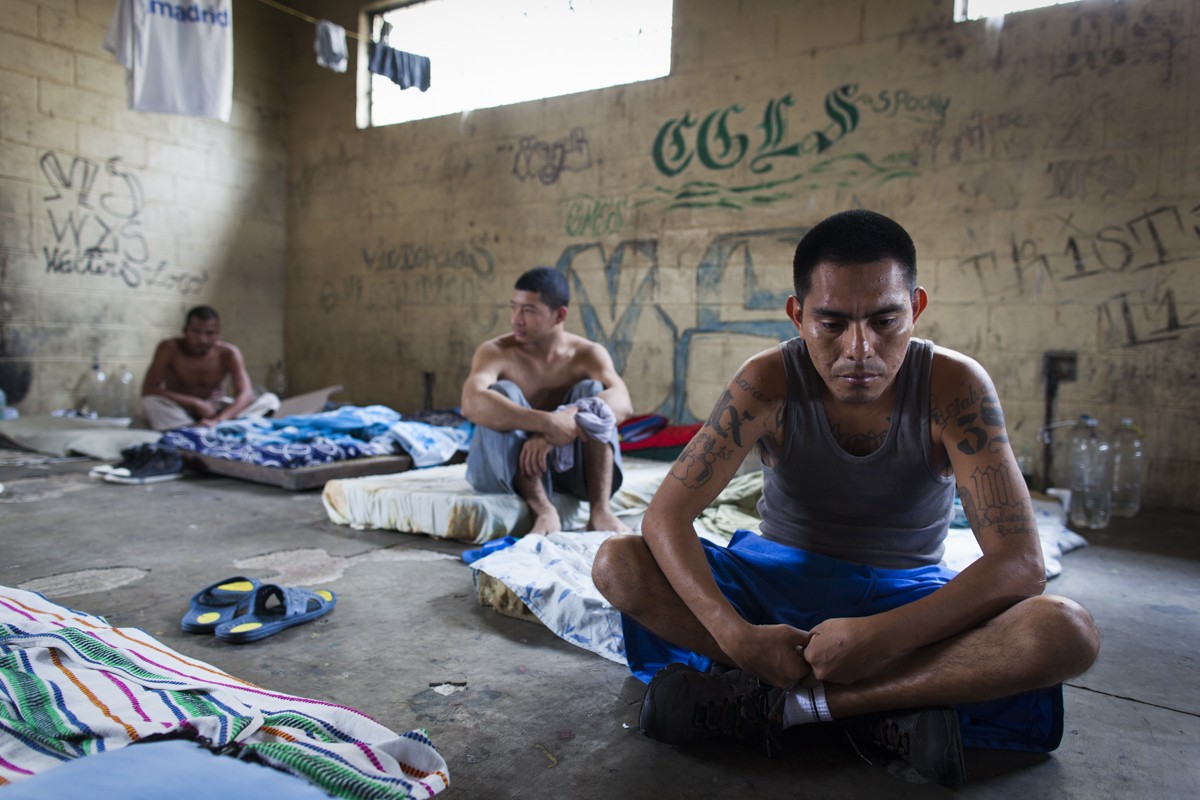 The MS-13 – whose motto is “rape, control, kill” –  was founded in the 1980s in Los Angeles by war-torn El Salvadoran immigrants, but has since been brought back to the country after repatriation. It was built for 800 inmates and now houses over 2500.  The prison is practically run internally by the gang who have organised a bakery, basic rehabilitation and are even left to run the hospital. 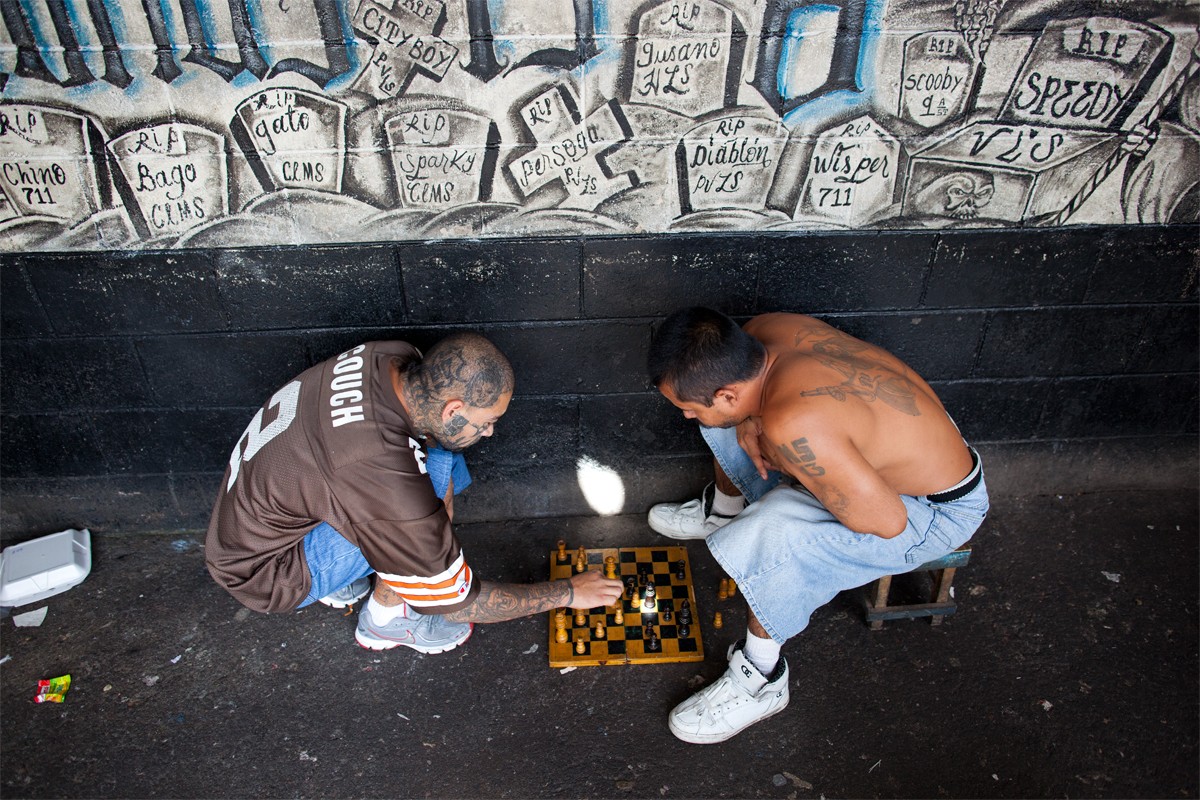 In 2013 London-based photographer Adam Hinton was brave enough to go into the compound to take portraits of some of the inmates said, “The men stand around aimless with nothing to do except kill what seem like an infinity of minutes, hours and days.” 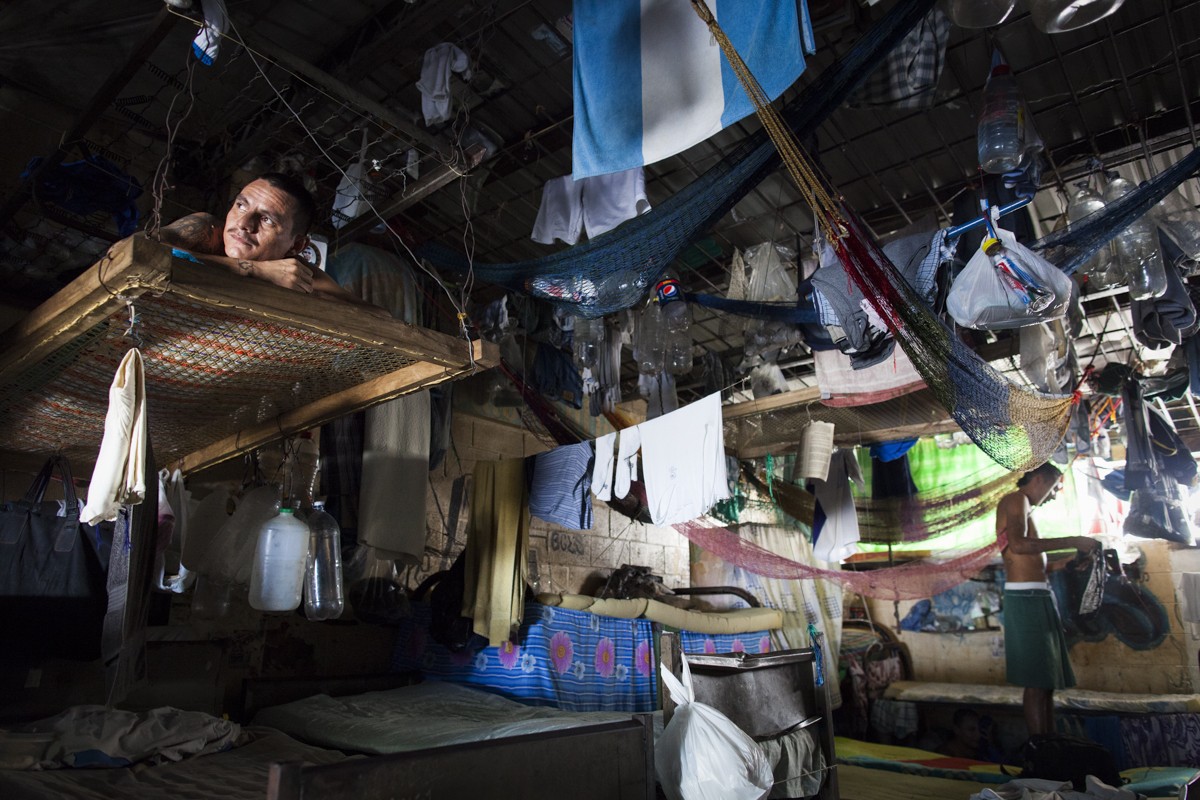 Linton also added, “The vast majority of the inmates are from the Barrios or slums. In El Salvador this is a place without hope or opportunity and the gang is the only real option. If the authorities catch you this is the place they literally dump you and forget about you – every inmate is made to feel just like that.” 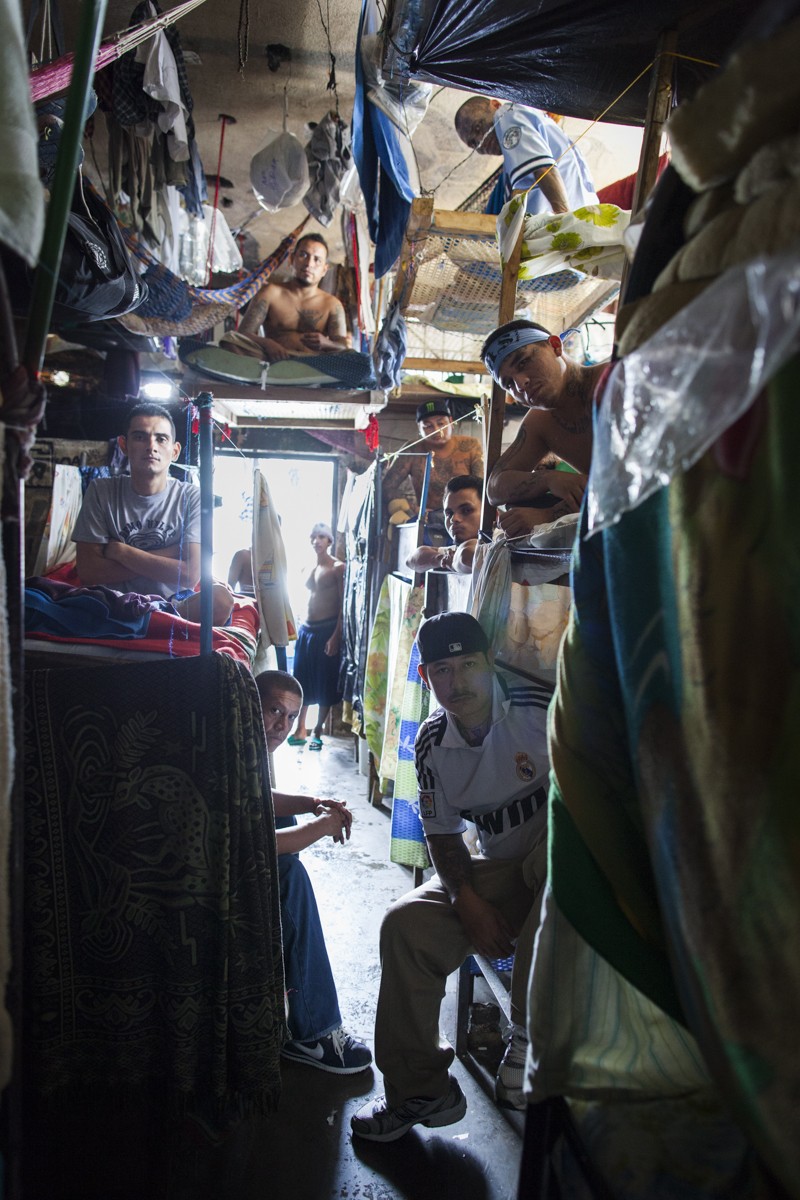 In an article by the Independent UK, Linton explained, “As you enter the prison you soon realize that there are no guards around.  They only stay on the outside and let the gang run the joint, which they do very well given the conditions.

“The MS gang members are heavily tattooed, their bodies telling stories of their crimes and declaring their allegiances through gang-markings such as the ‘devil’s horns’, which MS appropriated from heavy metal.” 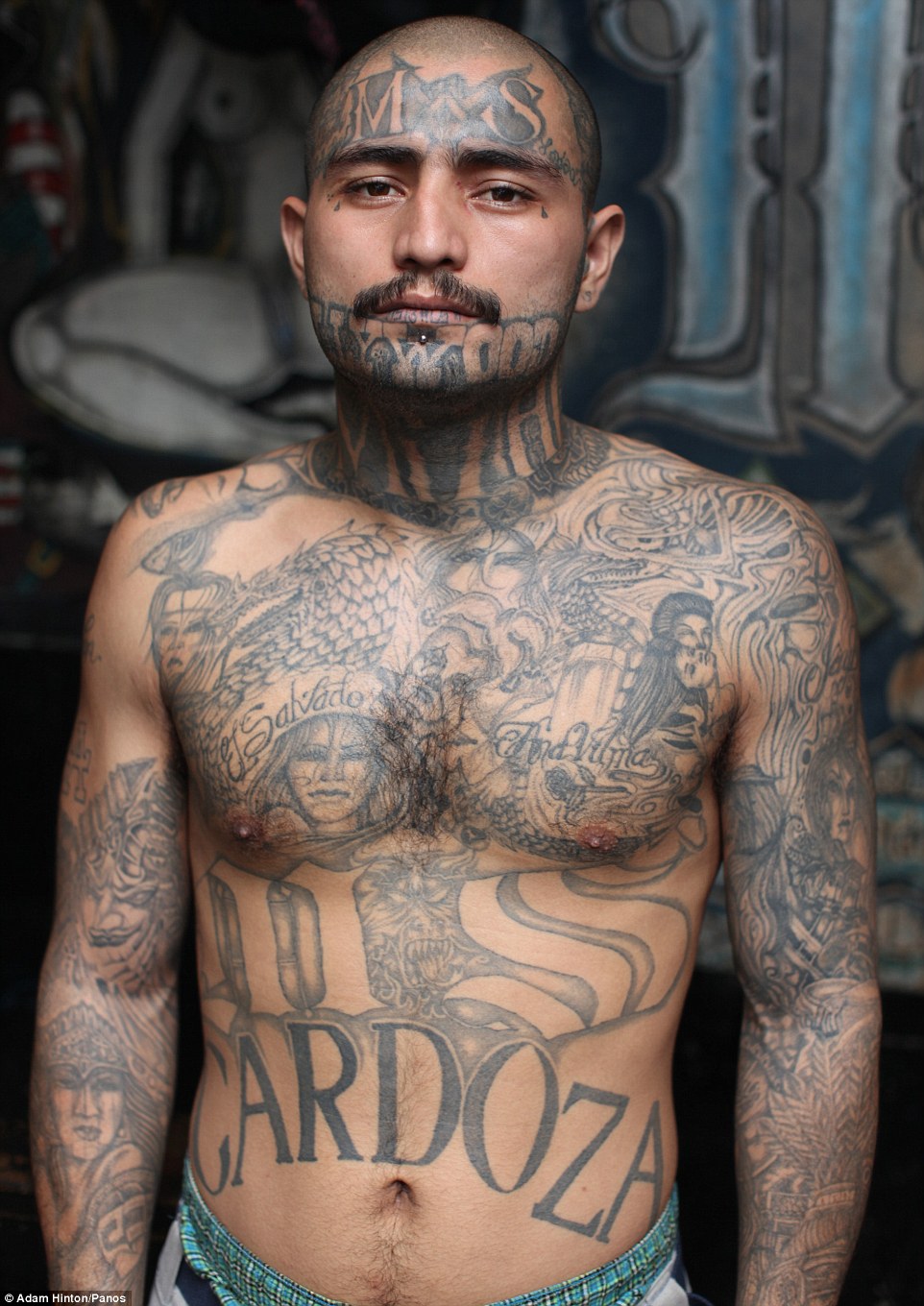 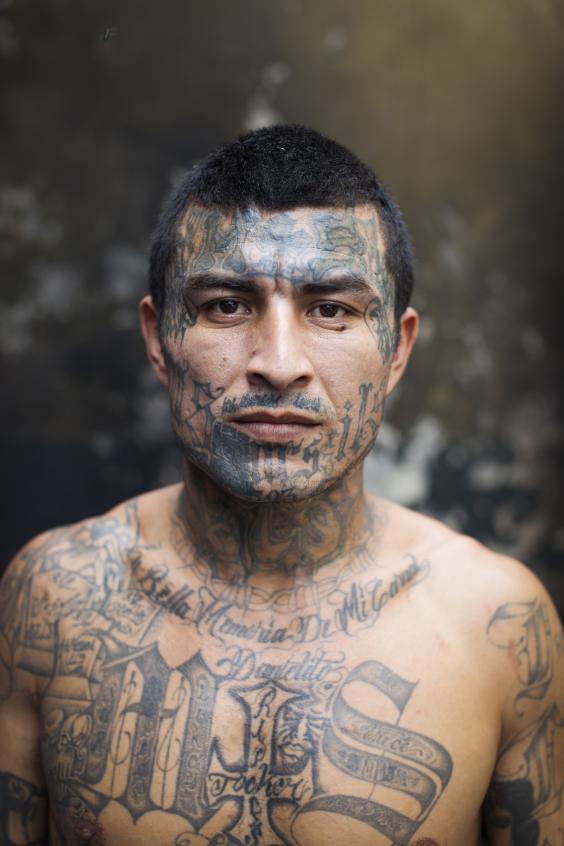 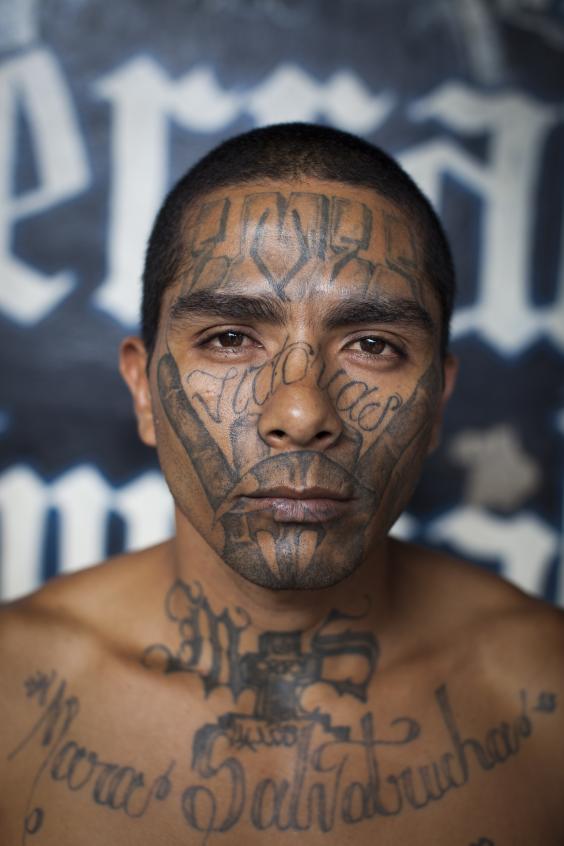 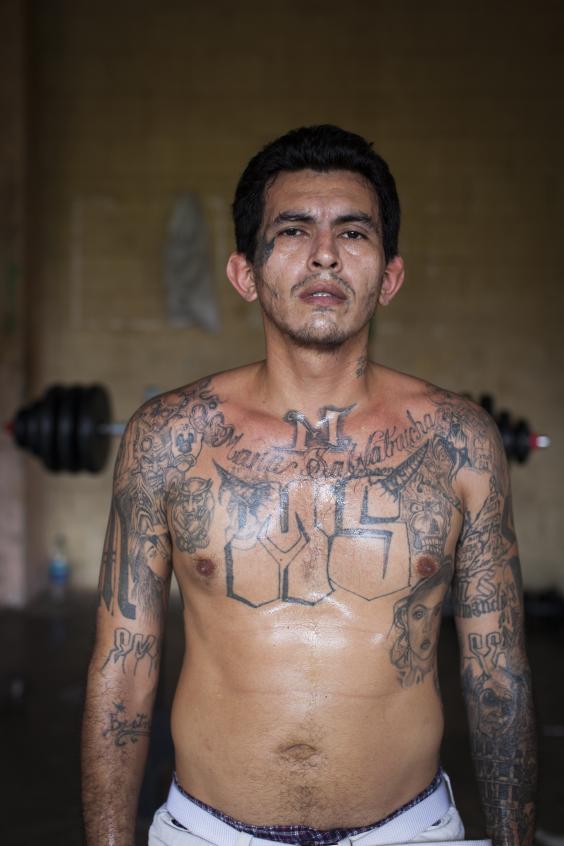 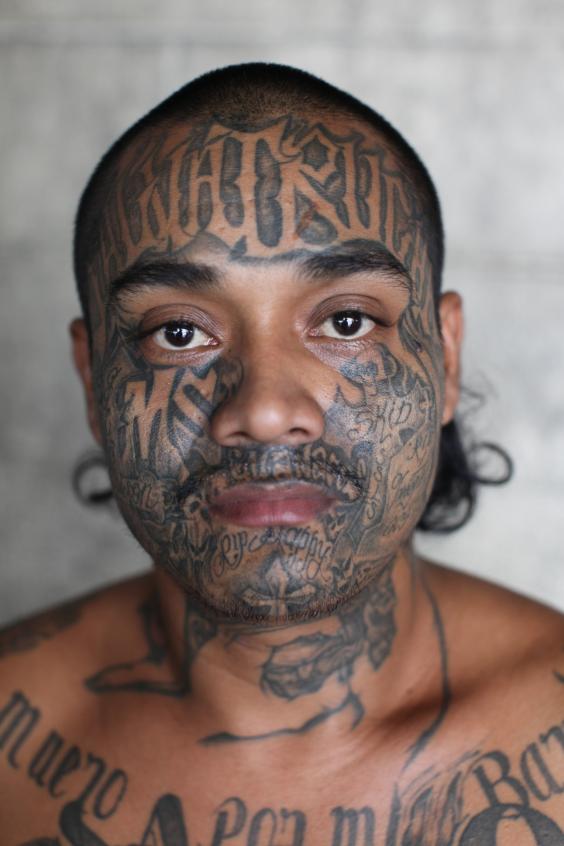 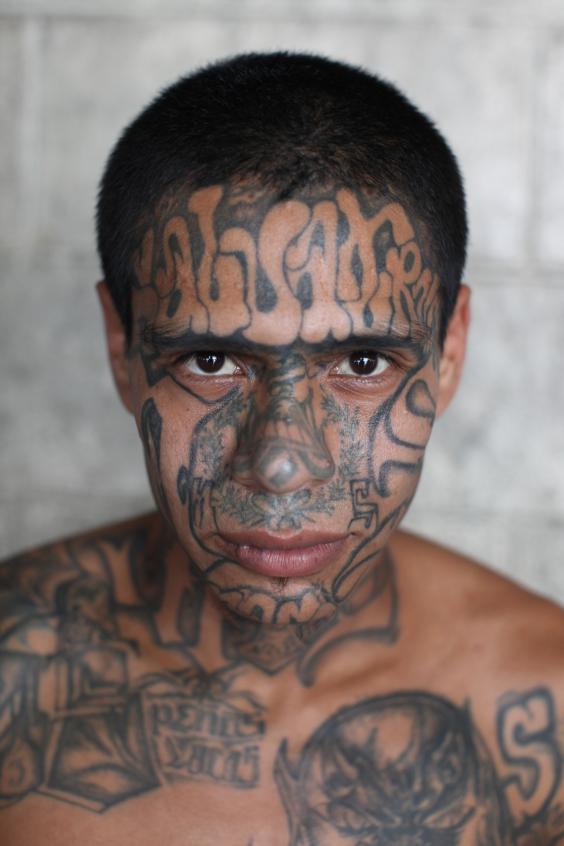 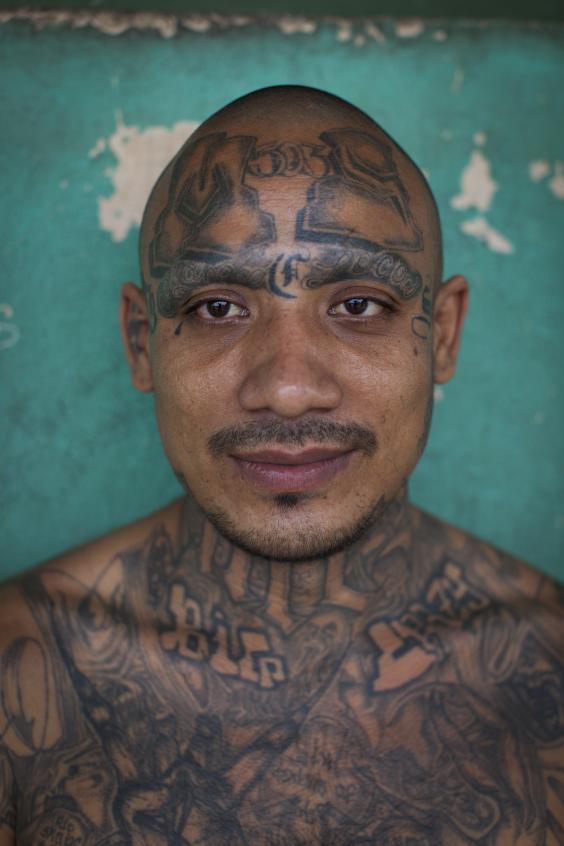 You can see more of Adam’s work on his website, and the complete set of prison photographs have been collected in a book called ‘MS-13’.