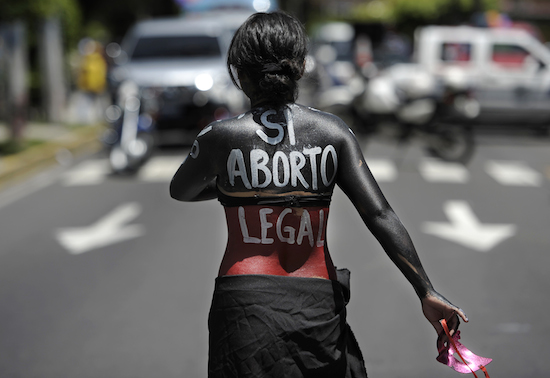 CENTRAL AMERICA NEWS (Fusion.net) What was expected to be a rubber-stamp vote of approval in El Salvador’s Congress came up one vote shy. Opposition lawmakers from the right-wing ARENA party refused to vote in favor of a resolution to pardon Guadalupe.

“Guadalupe” currently serving a 30-year sentence for a 2007 miscarriage has been denied a pardon. Guadalupe—who was convicted of murdering her unborn baby—was expected to be cleared on Friday by the El Salvador Congress.

As a result, she got only 42 votes — one shy of the 43 simple majority she needed to secure her release. For now, Guadalupe remains behind bars serving a 30-year sentence for murder for having a miscarriage in 2007.

All forms of abortion are illegal in El Salvador. And though there was no indication that Guadalupe intentionally terminated her pregnancy, the doctors called authorities to save themselves from any criminal liability. Guadalupe was taken to the nearest clinic after collapsing at work.

Guadalupe, who was 18 years old when she was jailed and has a five-year-old son, was sentenced to 30 years in prison after suffering a miscarriage in 2007. She was accused of having an abortion, which is outlawed in any circumstance in El Salvador.

“Guadalupe’s harrowing story is just one example of how the authorities in El Salvador go to ridiculous lengths to punish women. She should have never been imprisoned in the first place and must not be made to spend another second behind bars,” said Erika Guevara-Rosas, Americas Director at Amnesty International. 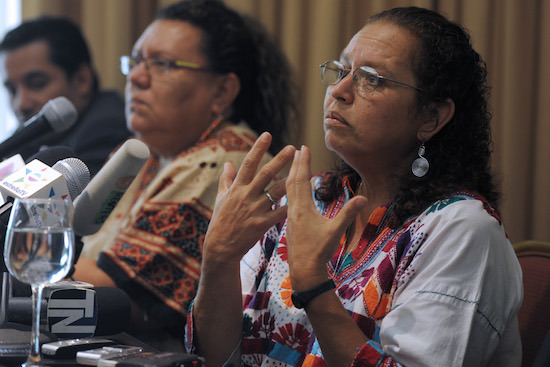 Apparently Guadalupe is not the only one who suffers this fate: at least 29 Salvadoran women are currently behind bars for having illegal abortions, but a dozen of them are still appealing their sentences in court. The 17 women for whom the #Las17 campaign is named have exhausted all judicial options and must appeal for a political pardon.

Click here the full report by Tim Rogers over at Fusion.