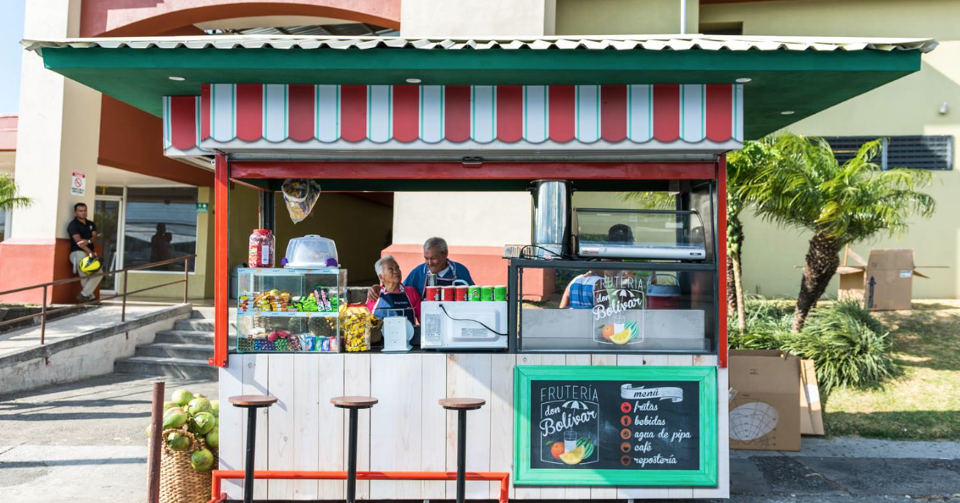 QCOSTARICA – After 36 years of selling fruits from the same location in a “carretillo” in Pavas, across from the Sylvania plant, Bolívar García and Vicky Bermudez got a real fruit stand.

The couple from Alajuelita, now in their 56th year of marriage, got a surprise Wednesday morning all thanks to the generosity of the Sylvania company.

According to García, Sylvania CEO Tiago Pereira de Queiroz (a Brazilian national) approached him and told him to ask for what they wanted, but did not ask for anything in return. A few days later, García says he told Sylvania officials that he might like a fruit stand.

“The next day they were measuring”, said García.

So, on the morning of Wednesday, March 4, on arriving at work as usual, the couple was invited to breakfast at the Sylvania premises. When they came out, they couldn’t hold back the joy.

The elderly couple see the gift as a blessing, something they did not expect.

Luis Solano, designer of the Bolivar fruit stand, said his boss is a generous person and decided to help out Don Bolívar and Doña Vicky, as they are known by those who buy fruits, who are at work every day at 6:00am and stay there until 2:00pm or so.

Watch the video by Sylvania.

- Advertisement -
Paying the bills
Previous articleOnly One Half Of Heredia Rural Road Paved, The Other Half Belongs To Alajuela
Next articleCosta Rican Ambassador to China Has Only A High School Diploma