EVERYTHING SHUTS DOWN ON MAY 1 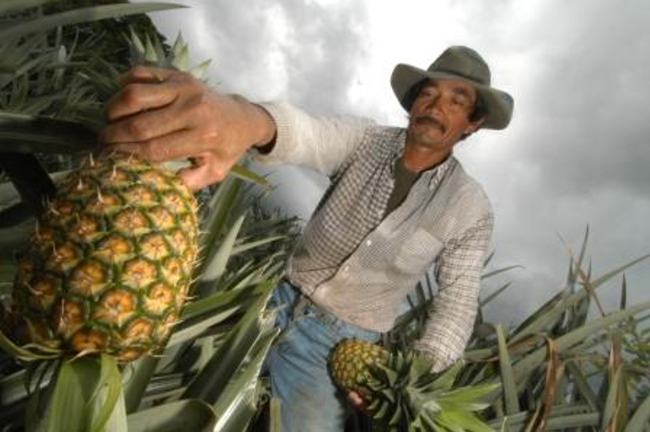 If you are traveling in Costa Rica and Latin America on the first day of May, you can expect to find banks, government offices and businesses closed for the day as  people celebrate the Día Internacional Del Trabajo – Day of the Worker, or May Day or Labour Day –  with parades, demonstrations and other symbols of solidarity with the worker.

May 1st is celebrated in many parts of the world. It is traditionally celebrated as a spring festival and is known as the International Worker’s Day in 80 countries around the world.

So now you know why everything shuts down on May 1.
Why Labour Day is Celebrated on May 1? 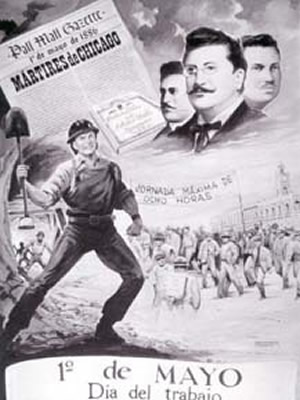 Día Internacional Del Trabajo (International Workers’ Day) is the commemoration of the 1886 Haymarket affair in Chicago.

The police were trying to disperse a public assembly during a general strike for the eight-hour workday, when an unidentified person threw a bomb at them. The police reacted by firing on the workers, killing dozens of demonstrators and several of their own officers.

“Reliable witnesses testified that all the pistol flashes came from the center of the street, where the police were standing, and none from the crowd. Moreover, initial newspaper reports made no mention of firing by civilians. A telegraph pole at the scene was filled with bullet holes, all coming from the direction of the police.”

In 1889, the first congress of the Second International, meeting in Paris for the centennial of the French Revolution and the Exposition Universelle, following a proposal by Raymond Lavigne, called for international demonstrations on the 1890 anniversary of the Chicago protests. May Day was formally recognized as an annual event at the International’s second congress in 1891.

Subsequently, the May Day Riots of 1894 occurred. In 1904, the International Socialist Conference meeting in Amsterdam called on “all Social Democratic Party organizations and trade unions of all countries to demonstrate energetically on May First for the legal establishment of the 8-hour day, for the class demands of the proletariat, and for universal peace.” The congress made it “mandatory upon the proletarian organizations of all countries to stop work on May 1, wherever it is possible without injury to the workers.”

In many countries, the working classes sought to make May Day an official holiday, and their efforts largely succeeded. May Day has long been a focal point for demonstrations by various socialist, communist and anarchist groups. In some circles[which?], bonfires are lit in commemoration of the Haymarket martyrs, usually at dawn. May Day has been an important official holiday in countries such as the People’s Republic of China, North Korea, Cuba and the former Soviet Union. May Day celebrations typically feature elaborate popular and military parades in these countries[citation needed].

In the United States and Canada, however, the official holiday for workers is Labour Day in September. This day was promoted by the Central Labour Union and the Knights of Labour, who organized the first parade in New York City. After the Haymarket Massacre, US President Grover Cleveland feared that commemorating Labor Day on May 1 could become an opportunity to commemorate the affair. Thus he moved in 1887 to support the Labor Day that the Knights supported.

Far-right governments have traditionally sought to repress the message behind International Workers’ Day, with fascist governments in Portugal, Italy, Germany and Spain abolishing the workers’ holiday. 1 May in the US is celebrated as Loyalty Day.
Argentina

In Argentina, Workers’ Day is an official holiday. Even when it is associated with labor unions, essentially all workers tend to respect it. During the day, many celebrations related to the labor movements take place, including demonstrations in the biggest cities. It is also customary to organize meetings at friends’ places, at the sports associations, at the workplace, or at the labor unions for typically local food, usually locro or asado.

The first Workers’ Day celebration was in 1890, when Argentinean unions, controlled in those days by socialists and anarchists, organized several joint celebrations at Buenos Aires and other cities, at the same time that the international labor movement celebrated it for the first time. In 1909, the police killed nine workers during the Workers’ Day celebration in Buenos Aires, in what was the first social massacre of Argentine modern history.

Brazil
In Brazil, Workers’ Day is an official holiday, and unions commemorate it with day-long public events. It is also when salaries for most professional categories and the minimum wage are traditionally readjusted.

Chile
President Carlos Ibáñez del Campo decreed May 1 a national holiday in 1931, in honor of the dignity of workers.[12] The great majority of stores and public services close for the entire day, and the major trade unions of Chile, represented in the national organization Central Unitaria de Trabajadores, organize rallies during the morning hours, with festivities and cookouts in the later part of the day, in all the major cities of Chile. During these rallies, representatives of the major left-wing political parties speak to the assemblies on the issues of the day concerning workers’ rights.

Colombia
May 1 has long been recognized as labor day or Dia del Trabajo and almost all workers respect it as a national holiday. As in many other countries, it is common to see rallies by the trade unions in the main regional capitals of the country.

Costa Rica
It is recognized as a public holiday, and at the same time an important Government set of activities, this day the President of the Republic gives a speech to the citizens and the Legislature members about the duties that were taken through the previous year. The president of the Legislature is also chosen by its members.

Cuba
This day is known as (el día del trabajo) in Cuba. People march in the streets showing their support to their local socialist government and the revolution during the whole morning. La Habana or Santiago de Cuba are some of the cities where more people march. In 2011, guests from 73 countries and 167 representatives of labor and social organizations worldwide joined the march in Habana.

Ecuador
It is recognized as a public holiday on May 1. Día del Trabajo

El Salvador
It is an official holiday and it is commemorated with parades.

Guatemala
May 1 is an official public holiday for Labor Day (know as Día del Trabajo).

Panama
May 1 is an official public holiday for Labor Day (know as Día del Trabajo).

Mexico
May 1 is a Federal holiday known as Día del Trabajo or Labor Day. It also commemorates the Cananea Mine Strike of 1906 in the Mexican state of Sonora.

Uruguay
In Uruguay, May 1 – Workers’ Day – is an official holiday. Even when it is associated with labor unions, almost all workers tend to respect it.

Venezuela
May 1 is an official holiday in Venezuela. El Día del Trabajador is celebrated on May 1 in Venezuela since 1936, but from 1938 to 1945 it was held on 24 July, by an order of Eleazar López Contreras. Anyway, Isaías Medina Angarita decided to take it back to May 1 in 1945.

QCOSTARICA - It is reasonable to believe the major...
Nicaragua