UPDATED: May 9. It appears the quick exit by Evo Morales from Costa Rica on Tuesday was not related to the crowds mobbing is vehicle in front of the Teatro Nacional, rather, at the same time the Bolivian Senate confirming a hack of its Twitter account, for minutes the buzz was the fake news of the death of Evo Morales. See story here.

Though the Bolivian Chancellor, Fernando Huanacuni, denied that the premature departure of Bolivia’s President Evo Morales was due to security failures, the official argued that the president’s idea was to attend the main ceremony of the transfer of powers and that, although he wanted to stay, he had to leave to attend to “emerging issues” in his country.

The vehicle carrying the Bolivian president unexpectedly, at 12:34 p.m, left for an unknown destination after being mobbed for some 15 minutes in front of the Teatro Nacional.

The vehicle has arrived at 12:15 p.m. at the Teatro for a lunch and a scheduled 15-minute bilateral meeting with President Carlos Alvarado. However, Morales could not get out of-of his vehicle because of the multitude of onlookers that took advantage of the lack security.

While the Bolivian president’s car was stopped, some people, spontaneously, approached the car and began to yell at him to get out. 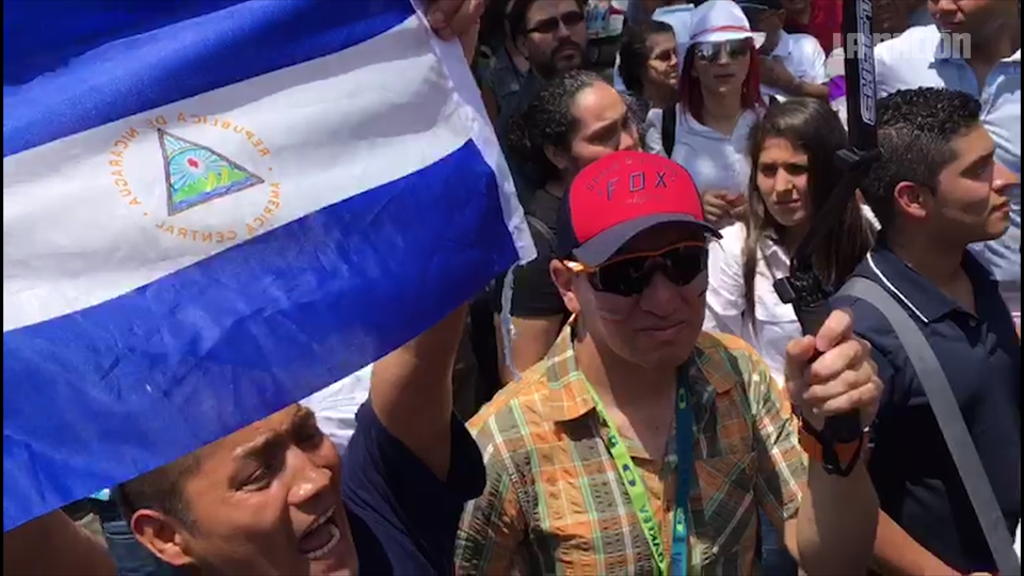 “Do not be afraid, you’re not in Venezuela,” some shouted. Others, waiving the Nicaraguan flag shouted: “Evo, Bolivia wants you out, dictator.”

Morales did not get out of the vehicle.

Minutes after leaving the scene, the Press Office of the Foreign Ministry confirmed that the dignitary had decided to go to the Juan Santamaría International (San Jose) airport for an early the return to his country.

The new Minister of Security, Micheal Soto, rejected any incident of threat against Bolivia’s president.