Lighter SideQToons
By Rico
9 May 2018 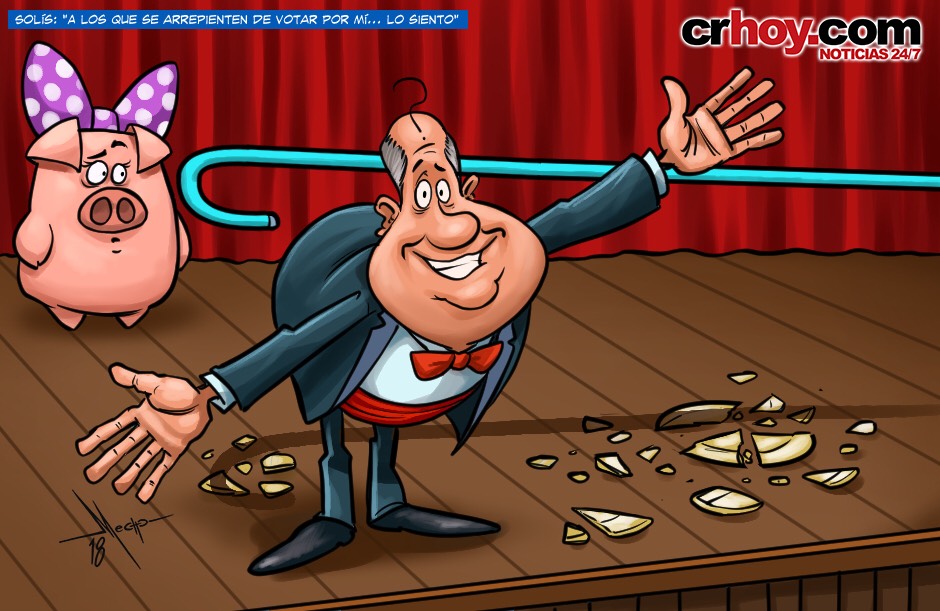 Tuesday morning, May 8, President Luis Guillermo Solis’s term came to an end. In his final words the day before, the first PAC president said, “to those who regretted voting for me…I am sorry”.

In a recorded interview played on local television Teletica Tuesday morning, the Prez described his last four years going from “Profi” (professor) to “Presi” (president) and now back to “Profi”.

How safe are the state planes?

Six former presidents give support to the Government and democratic institutions