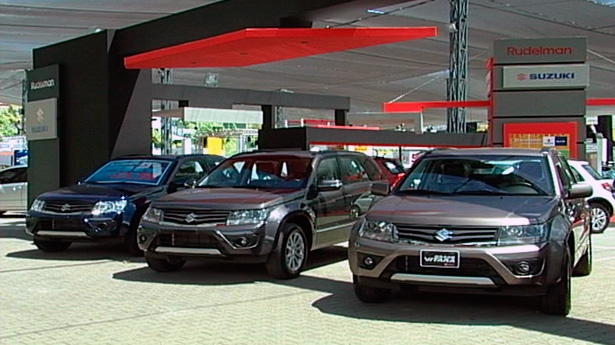 Following the tugging and pulling between the municipalidad de Belén, the Centro de Eventos Pedregal and the Asociación de Importadores de Vehículos y Maquinaria (AIVEMA), Expomóvil (re)opened its doors to the public on Friday.

The 23 car dealers and the major banks opened with the same “car fair deals” offered on February 21 before the event was shut down by the municipality for lack of permits.

Last month, the Tribunal Ambiental Administrativo forced the closure of the Expomóvil the day after its opening, for alleged environmental damage by construction being carried out by the  Centro de Eventos Pedregal.

The car fair this time around will only be for five day, running until March 20.

The reaction of customers was lukewarm, as those who had had intention to buy had the opportunity to do so at the respective car dealers, who carried on with the Expomóvil special pricing, though the main event was postponed.

According to event organizers this will be the last time Expomóvil will be held in Belén.

The gambling industry has prospered over the years and...
Uruguay