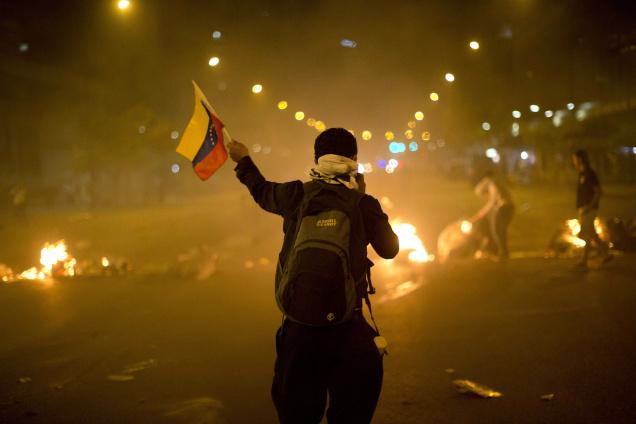 “We are talking about 450 such executions so far this year, and 245 last year,” said Rodríguez, adding that the OLP security forces “are out to kill.”

Originally billed as a citizen security initiative by the Venezuelan government, the stated purpose of the OLP is to to reclaim territories controlled by criminal gangs and other armed groups by deploying heavily-armed police and military units to those areas. However, the effort has been marred by human rights concerns since its inception.

The 245 deaths linked to OLP operations that PROVEA documented in 2015 represent a 150 percent increase over the average number of deaths at the hands of Venezuelan security forces in the last 25 years, Efecto Cucuyo reported.

According to Javier Ignacio Mayorca, an InSight Crime contributor and expert on crime in Venezuela, police have been given broad leeway during OLP operations. “Every time they launch an OLP there are 15 or 16 deaths during supposed confrontations,” Mayorca told El Nuevo Herald.

Mayorca likened the phenomenon to past instances of “social cleansing” in Colombia by “extermination groups.”

“A police official rarely emerges with even a scratch from these alleged confrontations,” he said.

Instead of being a remedy for violence and crime, Ponce said OLP operations “have only brought about more violence.”

Citizen insecurity in Venezuela has been steadily worsening as the country’s political and economic turmoil has grown. And critics say the OLP initiative has failed to achieve its goals, instead generating a number of human rights abuses.

For instance, Inti Rodríguez’s comments follow the April release of a report published by Human Rights Watch and PROVEA, titled “Unchecked Power: Police and Military Raids in Low-Income and Immigrant Communities in Venezuela,” which documented 20 cases of alleged extrajudicial killings by security forces during OLP raids in 2015. Eyewitness testimony suggests a number of these deaths were falsely registered as cases of armed criminals being killed during “confrontations” with police.

Nonetheless, it is difficult to disentangle the government’s motives for heavy-handed security actions. For instance, a recent report by Venezuelan media organization RunRun.es documented the involvement of armed pro-government groups known as colectivos in OLP operations, suggesting the government may be using anti-crime raids as a pretext to stifle protest and silence an increasingly mobilized opposition.

There is, however, an alternative — though not mutually exclusive — explanation. Criminals groups have increasingly targeted Venezuelan security personnel in order to steal their weapons and as a response to heightened security pressure. Given Venezuela’s over-burdened judicial system, security forces seeking vengeance may simply deem it more efficient to dispense their own brand of justice.