Fabiana Granados: “Nicoya’s Queen Should Be Humble, Confident and Know How to Ride” 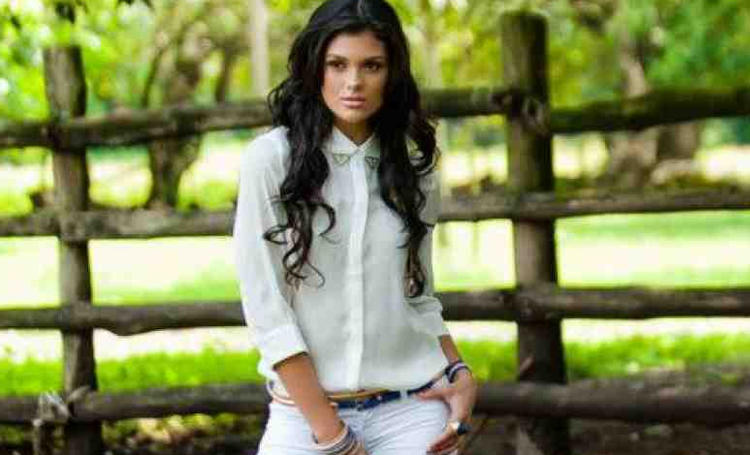 By: Wilberth Villalobos Castrillo, VozdeGuanacaste – Fabiana Granados, the current Miss Costa Rica, who recently placed 11th in the Miss Universe pageant on November 9 in Moscow, Russia, will serve as one of the judges in charge of choosing the next queen of the upcoming 2014 Nicoya Fiestas, which will take place from February 4 to 10.

The beauty queen, who is originally from Hojancha, expressed her fondness for Nicoya, which she considers her “second home” due to good memories of times spent there and friendships that she has there.

In addition, being one of the judges responsible for selecting the next queen of the fiestas is a source of pride and joy for her.

Granados explained to us the qualities that she considers essential for whoever aspires to the throne of the festivities. “Apart from their physical beauty, it is indispensable that the candidates know aspects of general culture of Guanacaste like the traditions, bull riding and even know how to cook and to make a tortilla by hand,” she said.

Of course, a fresh, youthful face and a well-defined figure will play a decisive role in the selection. However Granados stressed the importance of taking into account elements of the personality of each of the participants and that this should be a reflection of who they really are as a person.

“In my opinion, she should be a nice, cheerful woman who knows how to get along, without fears, sure of herself and above all, she should be humble,” commented Granados.

Recently, Fabiana Granados attended the Fiestas of Santa Cruz, where she was a guest of honor in the horse parade (called a tope). Riding her mare, Luna, is one of her greatest passions and she believes that every Guanacaste woman should know how to ride and do it with elegance.

“I have been riding since I was 10. When I was little, my grandfather [Ronulfo Granados Murrillo] took me to the farm to ride. I believe that practice makes perfect and especially the passion one has,” affirmed Granados.

She believes this is a crucial factor in the election of the next queen, since the person elected will need to ride well and quite often during the fiesta activities such as the horse parades.

The election of the next queen of the 2014 Nicoya Fiestas and her ladies in waiting will be Tuesday, February 4 and will take place in the plazoleta (colonial square) of Recaredo Briceño Park.

QCOSTARICA - The Caja Costarricense de Seguro Social (CCSS) reports that 70.3% of people over 58 years of age, the so-called Group 2 of...
Politics