Lessons for Mexico from Colombia: Vigilantes, Paramilitaries and Proxies 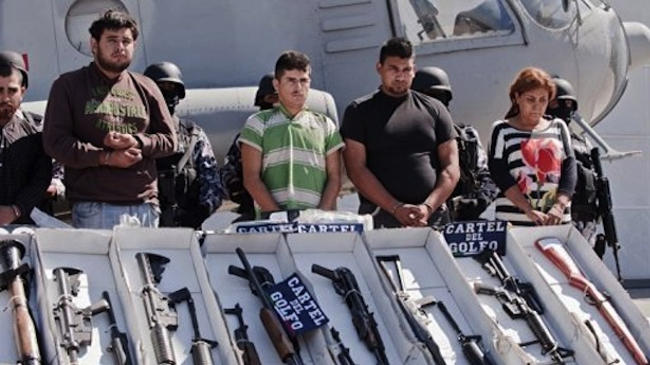 TODAY COLOMBIA – Although the desire to recover control of regions dominated by Mexico’s Knights Templar is shared by both the state and self-defense forces, it is not clear whether the latter are linked to criminal groups, insurgents or other elements. This means that when the common goal is met, the vigilantes will surely seek further justification to continue operating, which may not be aligned with the interests of the state. 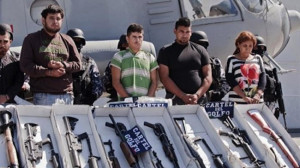 It was an open secret that the state security forces tacitly collaborated with paramilitary groups. Public opinion was divided on the subject: some warned of the risks of tolerating operations carried out by illegal armed groups; others believed the arrangement was not ideal, but could be useful to contain violence. Under the auspices of the state, paramilitary groups expanded into several rural regions and became the de facto authority in those locations.

But this isn’t about Mexico, this happened in Colombia several years ago.

Suspicions that the Colombian security forces and paramilitaries maintained informal ties were confirmed years later by declassified intelligence documents from the US government, journalistic investigations and a long judicial process. For example , it was learned that during 1992 and 1993 officers of Colombia’s National Police made ​​contact with a paramilitary group called “Los Pepes” — which stands for “People Persecuted by Pablo Escobar “– to exchange information on the whereabouts of Escobar. It also revealed that in some cases the National Police had tolerated kidnappings and executions of people close to the drug boss. In those circumstances, the end apparently justified the means.

A version of this article originally appeared on the Animal Politico website.

Cooperation between the Colombian security forces and paramilitary groups did not stop with the end of the great cartels in the late nineties, with this relationship continuing to bear fruit during the conflict against the guerrillas. An emblematic incident occurred in the summer of 1999, when the United Self Defense Forces of Colombia (AUC) — the national paramilitary umbrella group — stormed the towns of La Gabarra and Tibu to eliminate the guerrillas operating in the area. The clashes between guerrillas and paramilitaries lasted for three months and produced nearly 150 dead; the armed forces, stationed a few miles from the location, did not intervene. Military commanders justified their absence by arguing the priority was to fight the guerrillas, not the paramilitaries. The reality was that the armed forces maintained an implicit alliance with the paramilitaries, who did their dirty work to stem accusations of human rights violations against the armed forces.

Still on the subject of Colombia.

Previous cases deserve to be documented and analyzed; they offer a unique perspective on the risk scenarios or situations that may occur in Mexico if the state maintains a pragmatic or inconsistent position towards the self-defense forces phenomenon. Below are presented four scenarios that, if they arise, would sharpen the security crisis in Michoacan and perhaps elsewhere in the country.

At this point in the crisis the most viable option is not to remove the self-defense groups, but to offer an institutional arrangement that serves to regulate their interactions with the state. History shows that the uncertainty of the Colombian state towards self-defense forces generated huge costs. Unfortunately, Mexico seems to be following a similar path.

- Advertisement -
Paying the bills
Previous articleCosta Rican Newspaper Files Suit With Constitutional Court Over Espionage
Next articleFabiana Granados: “Nicoya’s Queen Should Be Humble, Confident and Know How to Ride”