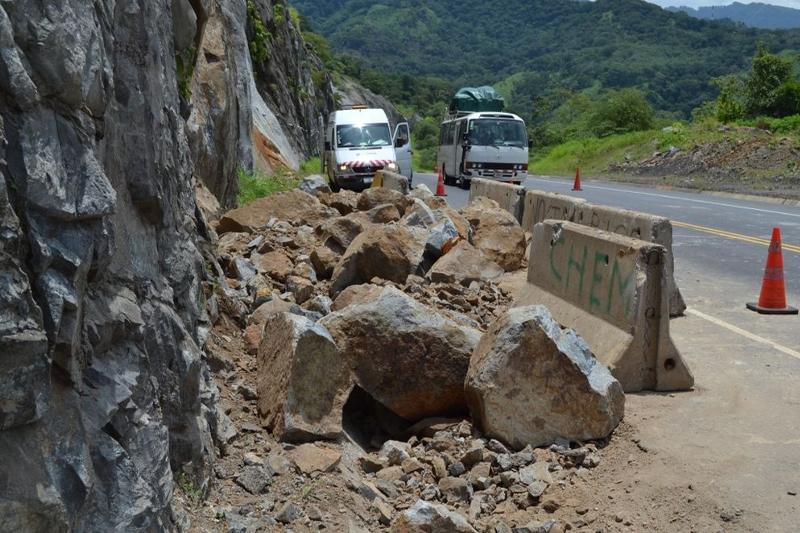 COSTA RICA NEWS – Large falling rocks and a considerable amount of earth caused alarm among drivers of the Ruta 27 (San José-Caldera), in the area between kilometres 46 and 47 (Dantas and Concepcion de Atenas).

At first there was talk about some vehicles being damaged by the falling rocks, however, the road concessionaire, Globalvai, confirmed it to be false.

Passage through the area is now “regulado” (controlled), while heavy machinery and crews work on the clean up.

Transport authorities say the heavy rains in Atenas and Orotina during the past several days, caused a runoff and loosened soil.

To become a successful gambler in the online industry, there is a lot to cover. It can be known to be a vastly different...
Quepos

Today, Thursday, June 10, only ODDS can circulate. The measure is countrywide and applied between 5:00 am and 9:00 pm, save for those under the...
Coronavirus