Are We Going To Have Cuban Style Neighbour Watching Against Illegal Maids?

TICO BULL – I see the plan to fine employers who hire “empleadas” illegal in the country as just another bungle by the immigration service, one, impossible to put into effect and two, who will clean the homes in Costa Rica? 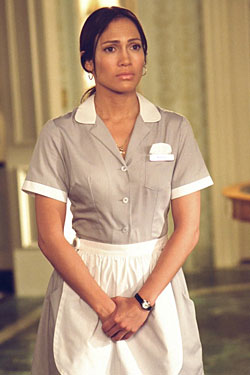 On the first point, the immigration service would have to expand its police service by the thousands to visit every home in the country to check for illegal maids. On my street alone, almost everyone I know has an empleada and are illegal from Nicaragua.

Over the years and many empleadas, only two showing up at my door was a Tica. OK, I admit I always put out the word with the guards, which are all Nicaraguans. Same results on a couple of occasions I used an employment agency, in the hopes of hiring better quality. In the end the same thing.

So, to enforce this, Costa Rica’s immigration service will have to set up a  Cuban neighbourhood spy system (communal surveillance network), where neighbours tell on each other. I can’t see any other effective way of policing the situation. Luckily I have good neighbours. I hope they have the same opinion of me.

On the second, everyone I know has an empleada and is Nica. And many of them are recent arrivals.

Is it because the Nicas are better at being maids? No, better workers. Ticas, the couple that I did hire, were just like Bertha on two and a half men.

Besides being just hard to find a Tica to work as a empleada, even more difficult one that likes to work, period.

Don’t get me wrong, I am not against legalization, the problem is that in Tico style,  “everything simple, made difficult,”  immigration places burdens on both sides of the door.

My own domestica, in the country for almost a decade, has taken advantage of last year’s amnesty. However, almost a year later, is still muddling her way through the process, every other month or with an appointment to immigration, where on each visit she is asked for the next set of paperwork .

Part of the long delays in processing are the costs, that can run over US$200 for the application and then US$98 yearly for the visa. The other the documentation process itself.

Immigration has  set our 13 requirements for a maid to get legal, among which, the employer has to provide the maid a bona fide job offer  with work hours, duties clearly spelled out, etc., the reason for wanting to hire this person, a  guarantee (financial) for her stay in the country during the process and enrollment in the Caja (Social Security). The fine for having an illegal worker in the home is up to ¢2.840.400 colones (US$5.300 at the current exchange rate) or about one year’s salary.

In my case, as I said before, my maid has been with me for years.But can I see myself doing all that and more for someone who is just showing up my door, looking to work for minimum wage and probably won’t last past one pay period?

In the end, after all the shit settles, the illegal maid situation in Costa Rica will continue, as it has always been.

QCOSTARICA - Ever wonder why your surfing on the Internet slows down, to even a crawl, mainly in the evenings? This is due to...
Expat Focus