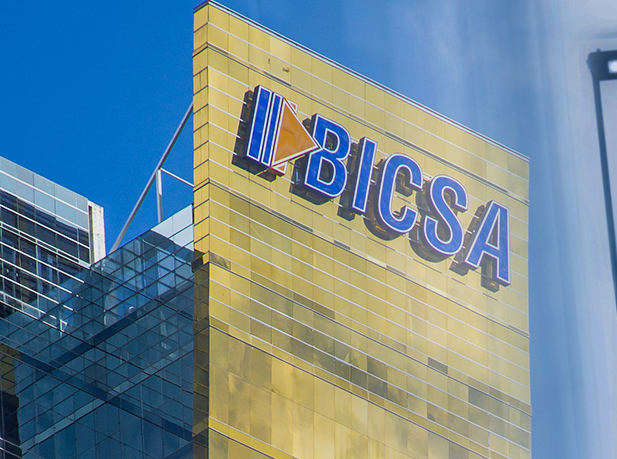 Fitch also affirmed BICSA’s National Ratings in Panama. The Rating Outlook for the bank’s IDR and Long-Term National Rating remains Negative. A full list of rating actions follows at the end of this press release.

The bank’s IDRs, National and senior debt ratings reflect the support it would receive from its main shareholder, Banco de Costa Rica (BCR, ‘BB+’/Negative Outlook), should it be required. The ratings of the senior unsecured bonds issued correspond to BICSA’s international rating of ‘BB+’. The bank’s IDR and long-term National rating have a Negative Outlook, which is in line with BCR’s IDR. The affirmation of the bank’s Support Rating reflects Fitch’s view that the probability of support remains unchanged.

Originally created as a vehicle to extend the operations of the state-owned banks outside Costa Rica, BICSA successfully grown its loan portfolio outside Costa Rica and Panama maintaining a good asset quality and profitability. Its contribution to the consolidated business complements its parent’s strong market position in Costa Rica. Fitch believes support would be forthcoming to manage the parent’s reputational risk, if required.

BICSA’s funding stems primarily from term deposits, followed by bank loans and financing obtained in the capital markets. Given the bank’s high deposit concentration, the decline in some of these depositors would represent a challenge for BICSA’s liquidity management. This exposure is mitigated by BICSA’s close asset-liability management and liquidity coverage (cash and bank deposits represented 36.1% of total deposits and 41.8% if investments are included, as of Dec.’14).

BICSA’s profitability remains below the system’s average with an return on average assets (ROAA) of 1.2% between the years 2013-2014. The bank’s profitability is limited by its corporate focus, low economies of scale and high competition in its target segments. Financial results will continue to be driven by moderate net interest margins, combined with high efficiency and controlled cost of credit.

BICSA’s conservative underwriting standards and good geographic and sectorial loan diversification has favoured its asset quality. Loans +90 days past due have remained low (less than 1% of gross loans) over the last five years. However, concentration amongst its largest debtors is high. BICSA’s reserve coverage is adequate while its capitalization is good reflected in a Fitch Core Capital of 11.8% of risk-weighted assets (RWA) as of December 2014. Moderate asset growth, combined with its traditional no-dividend policy, has had a positive impact on the sustainability of its capital levels. In Fitch’s view, a capital injection from its shareholders would be forthcoming if needed.

The bank’s IDRs, National and senior debt ratings are sensitive to a change in Fitch’s view as to BCR’s capacity or willingness to support BICSA. The Negative Outlook on BICSA’s IDR reflects the likelihood that a downgrade of BCR’s IDRs would result in a similar action on BICSA’s IDR and national ratings. Conversely, a revision of in the Outlook of BCR’s IDR to Stable from Negative would likely result in a similar change in the Outlook to BICSA’s IDR and National Long-Term rating. The bank’s VR is sensitive to a change in profitability, asset quality and/or capital position.

Additional information is available at ‘www.fitchratings.com‘.

QCOSTARICA - Can tourists be vaccinated in Costa Rica,...
Venezuela