Comparing the cost of living across international regions is a popular activity among those who seek to retire abroad. Until a couple of years ago, Costa Rica appeared in just about every list of top places to retire -all of which considered low cost of living a priority. That no longer seems to be the case. 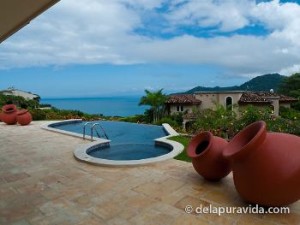 Popular consumer financial site BankRate.com recently published a list of “6 cheap places to retire abroad,” and Costa Rica was conspicuously absent. Earlier this year, the Huffington Post published “Retire Overseas Cheap: 6 Places Where You Can Retire On $1,250 A Month Or Less,” which also took Costa Rica out of the equation.

There is no question that the cost of living in Costa Rica has gone up considerably over the last few years. This is a country that has traditionally thrived on inflation, but the current state of macroeconomic affairs has a few variables that directly affect the cost of living:

The high cost of imports does not seem to deter Tico consumers, whose incomes do not match the rate of inflation. This can be witnessed on the highways of Costa Rica, where a growing number of cars are causing gridlock (and sadly, almost none are hybrid or electric). Never mind that the prices and taxes of motor vehicles in Costa Rica are among the highest in Latin America, and the same goes for the price of the fossil fuels used to power them.

The National Board of Tourism (Spanish initials: ICT) has done a masterful job promoting the country as a top visitor destination. The ICT’s strategy has mostly consisted of highlighting two of Costa Rica’s most valuable resources, her natural beauty and the happiness of her people. This strategy has worked wonders, which in turn has caused the cost of vacations to go up. Side effects from this tourism success have been the Bed & Breakfast Crisis and proposals to impose higher revenue duties from the hospitality and tourism industry.

Although the economy of the United States is gradually recovering from its darkest days circa late 2008, the Harvard-educated governors of Costa Rica’s Central Bank are set in their ways with regard to keeping the U.S. dollar confined to narrow bands that keep it from breaking the currency exchange rate.

If you add Costa Rica’s continuous improvement in industrialization and human development matters, you can understand that the country is becoming less appealing to frugal foreign retirees. In this regard, Costa Rica can be compared to Uruguay, a country that has vastly improved in human development and quality of life, and the cost of living in that South American nation has gone up considerably as well.

BankRate.com cites Chiang Mai in Thailand as a very affordable city for retirement. Chiang Mai, along with our very own San Jose, were recently featured by respected British magazine Monocle as two of the most lovable cities in the world. BankRate also listed Buenos Aires -a gorgeous city- as inexpensive, and this is a very interesting claim. Let’s not forget that Argentina is no longer in the throes of economic disaster as seen in the early 21st century. The fact that Buenos Aires is listed by BankRate does not mean that opportunistic retirees can move there and take advantage of a crisis; what it means is that Costa Rica has grown to be as expensive as Argentina in some regards.

Two of the best online resources for international cost-of-living comparisons are Numbeo and Expatistan. Numbeo indicates that the Consumer Price Index (CPI) in San Jose is 69.14 percent while the local purchasing power is about 38.4 percent -a wide gap that calls for Ticos to be prudent when it comes to budgeting. This is how two North American cities fared when compared to San Jose, Costa Rica in Expatistan’s cost of living calculator, which takes into account food, housing, clothes, transportation, personal care, and entertainment:

BankRate also recommends the magnificent city of Valencia in Spain as a cheap retirement option, but this would be mostly opportunistic because of that country’s ongoing economic crisis, which means that those who choose to retire there should monitor the cost of living once economic conditions improve in Spain. At this time, however, retiring in Valencia is a whopping 25 percent cheaper than San Jose according to Expatistan.

Cheaper regional alternatives to Costa Rica are already emerging among expat and retiree circles. Panama has been a candidate for some time; the new locations are Leon in Nicaragua and Lake Atitlan in Guatemala. BankRate has an interesting writeup on this mountainous city:

Several waterfront houses are available for rent on the lake; a three-bedroom house costs around $300 per month to rent.

The housekeeping professional mentioned above can still be hired in Costa Rica at a similar rate of pay of $10 per day, but it would have to be a live-in maid, which would entail additional food costs as well as contributions to La Caja (Costa Rica’s public health system), and perhaps legal costs if the housekeeper is from Nicaragua. A full-time personal nurse in Costa Rica will cost a lot more than $15 to $20 per day, particularly if she is a graduate from one of the country’s prestigious public universities.

If we were to conduct an informal survey asking people if they would prefer to live in Guatemala or Costa Rica, people are very likely to think about Costa Rica’s image as a green and peaceful developing country where quality of life is a priority, and they may think about Guatemala as the grand nation where the Maya civilization flourished, but they might also associate Guatemala with political instability, civil strife, poverty, and violence. For these reasons, Costa Rica has become progressively expensive; she might not be the most affordable place for retirees, but she is certainly still a great country to live in.

QCOSTARICA - Emilia Navas will not be removed from her position as attorney general, after calls for her to step down due to her...
Expat Focus