The new head of the UN anti-impunity investigations unit in Guatemala is likely to be a Colombian veteran of paramilitary investigations, who will face stiff challenges amid continuing political opposition and a mandate that is rapidly running out. 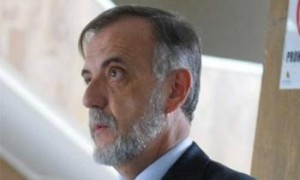 Guatemalan President Otto Perez Molina announced that although the appointment had not been officially confirmed, he had been informed that the next head of the International Commission Against Impunity in Guatemala (CICIG) will be a former Colombian judge, prosecutor and investigator Ivan Velasquez Gomez, reported El Periodico.

In Colombia, Velasquez was involved in numerous investigations into atrocities committed by the paramilitaries of the United Self-Defense Forces of Colombia (AUC) and their links to state and political institutions.

However, he will inherit an organization under political attack. On August 29th, a congressman, formerly of the party of ex-dictator Efrain Ríos Montt and currently with the Institutional Republican Party (PRI), tabled a motion to revoke the CICIG’s mandate. “The CICIG maintains a state of permanent blackmail of the justice system,” said Luis Fernando Perez

The motion failed, but only after what appeared to be political maneuverings, with congressmen who supported the measure avoiding the vote itself, reported Prensa Libre.

Velasquez is a hardened anti-impunity campaigner, who has faced down the threats and intimidation of Colombia’s paramilitaries and even stood firm as he watched colleagues murdered. He also has a proven track record in taking on not only criminal elements, but also their allies in the state — which will be critical to success in Guatemala, where corruption is one of the main elements fuelling impunity.

However, he will face serious difficulties if he is to make advances in the time he will have in the position. The CICIG’s mandate expires in September 2015, and President Perez has indicated he will not renew it. According to Perez, Velasquez’s role in that time will be little more than ensuring a smooth handover to the Guatemalan judicial institutions.

The CICIG has marked up some notable successes in its six years of operations, and can lay claim to being a key factor in the 23 percent drop in impunity over that time. However, it continues to face heavy opposition from within political and state institutions, and when the time comes to hand over to Guatemalan institutions, which will not have the international clout of the CICIG, it is likely many of these gains will be reversed.

QCOSTARICA - For the first time in two months, less than 800 new cases of covid-19 in a single day were registered on June...
Banking