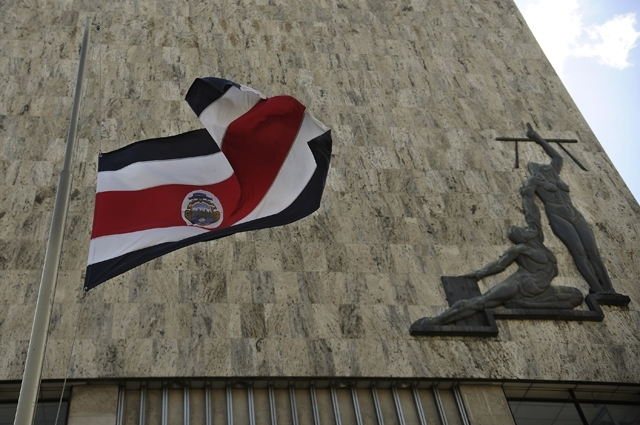 COSTA RICA NEWS – Despite being a resident, a foreigner in Costa Rica is banned from working at the Poder Judicial (Judiciary).

The ban is in Article 19 of the Estatuto de Servicio Judicial (Statute of Judicial Service), which states: “All judicial officers must have Costa Rican citizenship rights …”.

The law went into effect in 1973, when it was passed by the Legislative Assembly.

The case was brought to light by a Nicaraguan national, Jorge Luis Urey Solano, 21 years of age, after filing a case of unconstitutionality.

In his petition, Urey says he studied law at a private university in Costa Rica and between December and March completed community work at the Unidad de Capacitación y Supervisión del Ministerio Público (Training and Supervision Unit at the Public Prosecutor’s office).

On Jun 3 the Sala Constitucional (Constitutional Court) accepted his petition and set a hearing for 15 15 days with the Attorney General and the president of the Supreme Court, Zarela Villanueva. Villanueva said she could not refer publicly to the case given the matter is pending before the Court.

Urey, has been living in Costa Rica since he was 12 years of age and is a legal resident. Currently he lives with his mother and will be graduating from law school in eight months.

Urey says that a similar ban existed with the Tribunal Supremo de Elecciones (TSE – the elections tribunal). In 2003 the Constitutional Court, by resolution 2001-10422, declared unconstitutional the law that said only nationals could work with the TSE.