COSTA RICA NEWS – The representative of the Frente Amplio party, Juan Reverter, in San Salvador (El Salvador), expressed his indignation for the most recent covert plan by the U.S. government to send Latin American young people to Cuba with political subversion purposes. 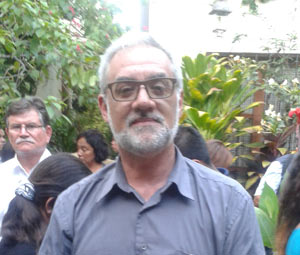 Reverter joins many voices who condemn the new U.S. aggressions against Cuba that pretend to revert the Revolution through programs implemented by USAID (United States Agency for International Development).

“As a party and main representative of the Costa Rican left-wing, we have always been in solidarity with Cuba, so we react immediately facing the imperialist interference situation the United States had through that mask called USAID,” Reverter told Prensa Latina.

He described as inadmissible to use of young people from Costa Rica and other Latin American nationalities to carry out some openly subversive and counterrevolutionary actions to destabilize and defeat the Cuban Revolution.

Reverter, of the National Executive Committee of the Broad Front, stated that immediately after the situation was revealed by the Associated Press (AP), they expressed themselves and delivered a statement to the embassy in Costa Rica.

The USAID initiative joins the so-called ZunZuneo, a policy messaging service that manipulated subscribers without knowing that the service was paid for by the U.S. government to subvert the revolutionary process in Cuba.

QCOSTARICA - The judicial file of the Cochinilla Case, on alleged corruption in road works, exposes how three companies would have covered up the...
Banking