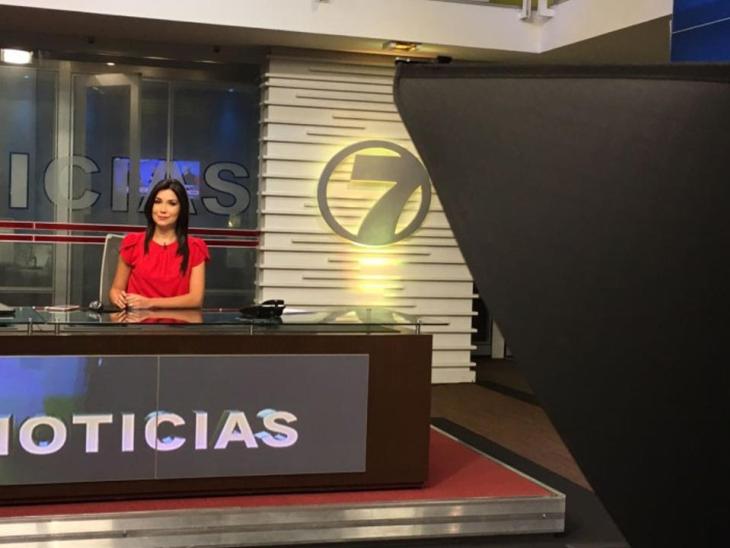 COSTA RICA EXTRA – The talented and beautiful Ginnés Rodríguez says goodbye to Telenoticias after more than 12 years of work for the company. Although he tendered her resignation on December 26, the decision was made public on Wednesday.

The morning and afternoon news anchor and journalist announced her decision at the end of the noon news broadcast on teletica.com, saying, “It was a very tough and difficult decision but I talked it over with my family. At this moment, it is a very important decision for my family life and as a mother.”

“I’m leaving January 20 – my last day – with my heart in my hand because Teletica has been a family to me. They have been 12 wonderful years with a great work and I leave very satisfied but also very excited about what is coming,” she added.

Ginnés will start a new challenge at the Empresa de Servicios Públicos de Heredia (ESPH), “a very nice place because I’m going to serve my province. There are very important projects for the company and I will help them in the communication part with all the innovations.”

In an emotional message to young people who are studying journalism and love television: “Whoever wants to be a journalist and work on television has the open road, there are lots of opportunities.”

The experienced communicator believes that most important, “is to have very clear ideals, goals and dreams but above all to strive always to reach them.”

Ginnés began in Teletica on January 2, 2005 as an apprentice, months later (in September) she was hired as a journalist to be part of the morning, afternoon and evening editions of Telenoticias.

She was also director of Más Que Noticias for one year (2013-2014), and then returned to Telenoticias as host and coordinator.

Rodríguez is 34 years old, is married to journalist Gerardo Zamora, and is the mother of two beautiful children, Luciana and Marcelo.