“Gollo” Adds Opticals To Its Retail Stores in Costa Rica 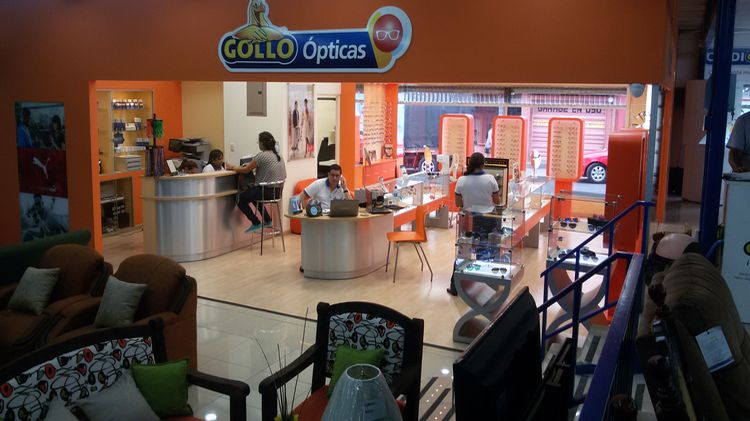 QCOSTARICA – Grupo Unicomer, the owner of the retail chain specializing in furniture, appliances, and electronics known in the market as “Gollo” for its line of appliances and electronics, has entered the optical market in Costa Rica, with its first store “Gollo Opticas” in Heredia.

The chain enters the optical market with the same low bi-monthly payment plans handled at its consumer durables stores.

The first optical store is located within the Gollo store, some 200 metres south of the Catedral Catolica in Heredia, that began operations on January 15 and according to Cordoba there has been a high demand, offering free eye exams with the purchase of eyeglasses.

Grupo Unicomer is based in El Salvador, operating 830 stores in Central America, the Caribbean, South America and the United States, and employes 13.000 people.

Unicomer was founded in 2000, when it acquired the retail operations in Central America of the Dutch group CETECO NV. It owns and operates such brands as La Curaçao (Central America and the Dominican Republic), Opticas La Curaçao, Loco Luis, Servitotal, Almacenes Tropigas, the Radio Shack franchise in Central America, Sony Center in Nicaragua and Gollo in Costa Rica. Lucky Dollar, Courts Optical and Bargain Center are the other chains located in the (Caribbean), Unicomer USA and Courts Caribbean located in the United States and Artefacta and Baratodo are in Ecuador.

As of 2012 Unicomer Group has four stores in the United States, including two in Houston and two in New York City. Unicomer entered the U.S. market because of the increasing Hispanic American population.

- Advertisement -
Paying the bills
Previous articleVenezuela Running Out of Condoms: A 36-pack Going For About $750
Next articleCoca-Cola Announces Expansion Of It Juices Plant in Costa Rica