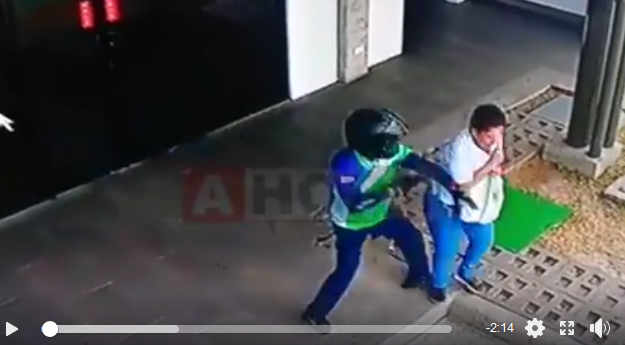 A 9-mm-caliber gun used by the three assailants killed in Coronado was taken from an Organismo de Investigación Judicial (OIJ) agent, the judicial police confirmed on Saturday.

The gun had been reported stolen in July 2018 by an investigator from the OIJ office in Batán, Limón, said the OIJ, without giving further details about the way in which the theft occurred.

In addition to the 9-mm, the assailants in the attempted robbery of the BAC San Jose customer outside the branch they carried a 38-caliber revolver.

The objective was to grab a bag with ¢30 million colons that a woman intended to deposit at the branch, but foiled by the quick action by the bank guard who came to the aid of the woman.

The woman, identified by her last name Fuentes, as it turns out was the ex-wife of Carlos and mother of the two boys accompanying their father in the foiled heist.

QCOSTARICA - Covid-19 is still with us despite the...
Nicaragua