Guns Taken Away from Private Security Guards in Nicoya 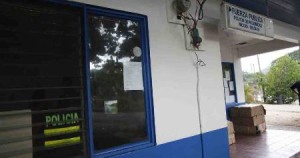 By:  Arianna McKinney, Vozdeguanacaste – On October 25, the Public Force of Nicoya carried out a review of private security agencies to make sure their paperwork was complete for any guns that they might be carrying.

Adriana Cordoba, second in command for the Nicoya Public Force, explained that security guards can carry firearms as long as their permits up to date. If they don’t have their permits or the permits are not up to date, the guns are decommissioned.

During this operation, three guns were decommissioned at three different locations in Nicoya. They included a 9mm gun, a 38-caliber revolver and a 12-caliber shotgun.

QCOSTARICA - Emilia Navas will not be removed from her position as attorney general, after calls for her to step down due to her...
Turrialba