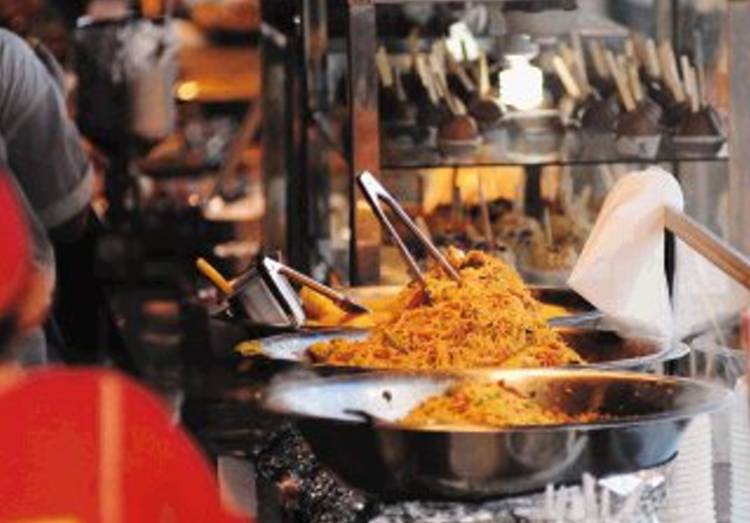 Arroz cantonés, yuca and repollo  (cantonese rice, cassava and cabbage) are staples at the Zapote fair, as are the rides, the megabars and the bulls.

However, eating at the “chinamos” (food stands) can be risky, some operators not adhering to proper food handling and hygiene. And for that reason the Ministerio de Salud (Health Ministry) carries out regular inspections.

So far, three chinamos have been temporarily shut down, according to Health officials. Guillermo Flores Galindo, an inspector for the Zapote district, told La Nacion that the contaminated foods included cantonese rice, cabbage, cassava, carnitas and pico de gallo.

According to the Zapote fair organizers, the three chinamos cleaned up their act and back in business.

The Health ministry has 36 inspectors keeping a close eye on the 37 chinamos.

Overall attendance this year has been “un poco frio” (slow) according to Fernando Jiménez, spokesperson for the Zapote fair. 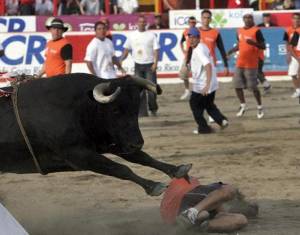 Jiménez added that up to yesterday there have been no major issues, police report say there was only one arrest made, but that of man who had an outstanding warrant.

On the other hand, the Cruz Roja (Red Cross) have had their hands full, attending to some 300 people with cuts and bruises, mostly from injuries in the “redondel” (bull ring). Freddy Román, spokesperson for the Cruz Roja, said 40 had to be taken to a medical centre for additional medical attention.