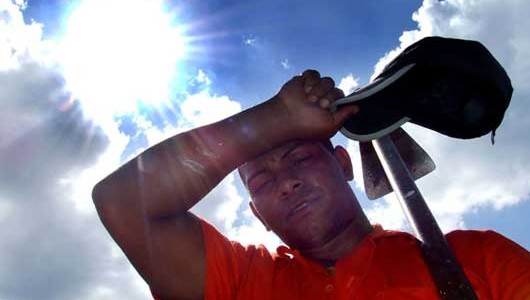 The high temperatures and the mugginess of the first days of May is expected to continue for the rest of the week, maybe even into next, says the national weather man.

Juan Diego Naranjo, of the Instituto Meteorológico Nacional (IMN), explained that the rains, albeit irregularly, around May 10 and that could help lower the heat.

Naranjo said that temperatures in Central Valley (San José) during the past few days have been averaging 30 Celsius, a few degrees above normal.

The same is around the country, such as Guanacaste and Limón recording higher than normal temperatures.

In the Central Valley, a breeze typically cools the hot air. In the last few days there are times that the air is still.

The IMN is forecasting by the weekend the transition to the rainy season to be complete, meaning hot and sunny mornings followed by rainy afternoons and cool evenings.