Human Negligence Cause Of Crocodile Attacks in Costa Rica? 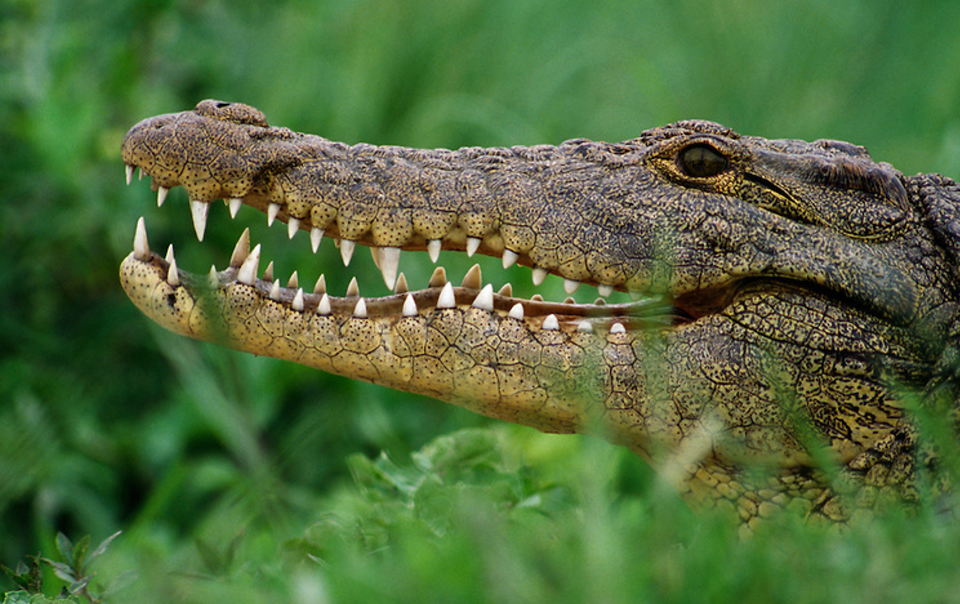 COSTA RICA NEWS  – The unexpected invasion of their habitat is the reason for the attacks by crocodiles in the rivers, mangroves, estuaries and beaches of Costa Rica.

Experts of the Comisión Asesora para el Manejo y Conservación de Cocodrilos, composed by entities such as the Universidad Nacional (UNA), the Universidad de Costa Rica (UCR) and the Sistema Nacional de Áreas Protegidas (SINAC), believe that attacks on people include factors such a disrespect for the animal’s natural behaviour.

[/su_pullquote]The crocodiles are only defending their territory, their way of life from the invasion by people, say the experts. The experts also deny rumours reported in the press about the dramatic increase of the crocodile population in Costa Rica.

“Since 1990 we have systematically studied crocodile populations in both the Pacific and the Atlantic,” said researcher Juan Rafael Bolaños, a specialist in the species.

Bolaños added that while population increases have been detected in some specific areas, this does not necessarily mean that there is an overpopulation.

The expert cites examples, where in 2004 they were able to quantify the existence of 9.22 crocs per linear kilometre in the Tarcoles river, by 2099 the figure had dropped to 9.5.

Overpopulation is when the number of crocodiles exceeds the capacity of the habitat.  However, in Costa Rica, not only is the capacity not known, but, in addition, the spaces have been abruptly altered by human activities such as development, industry, tourism and agriculture.

By nature the crocodile is the “supreme” predator, and an aggressive behaviour. They are large, powerful animals that can and do attack humans.

[su_quote]Only six of the 23 crocodilian species are considered dangerous to adult humans, and only individuals 2 metres (6.6 ft) in length or more represent a serious danger to humans, as smaller crocodiles are considered incapable of killing a person. (Wikipedia)[/su_quote]

Experts, however, are quickly to note that the typical attack by a croc is to defend their territory, from people invading their way of life.

Ivan Sandoval, of the School of Biological Sciences at the UNA, said that the crocodile is always a dangerous animal and that increased attacks on humans are most in the months of April, May June, September and October, coinciding with the mating process of the species, that includes courtship, copulation and then the birth of the offspring.

According to the expert, the natural reaction of a crocodile to human presence is to hide under water or run, but, as its behaviour has been changed, now the reptiles get close to humans looking for food and before they know it, the person could in an instant become the animal’s prey.

Sandoval cites the development “irresponsible practices” by some people and tour companies that conditions the croc’s behaviour.

The Tarcoles river, specifically the bridge of the river between Orotina and Herradura, is a point in case. Here, tourists daily stop, hang over the bridge to gaze at the crocs, many hurling food down their way, to see their reaction.

One case of the most recent case of a crocodile attack on a person is that of Nicaraguan labourer, Omar de Jesús Jirón Romero, who died on April 29, when while drunk decided to go for a swim with the crocs, where the animals did what they do best, attacked and devoured him.

QCOSTARICA - Fifteen months after the national emergency against covid-19 was declared, Costa Ricans will have a digital platform where you can be notified...
Business

QCOSTARICA - Faced with wasting a vaccine dose when people in the priority groups scheduled do not show up, and a substitute cannot be...
Trends