I Didn’t Want To Rape Her, Just Fondle The Girl 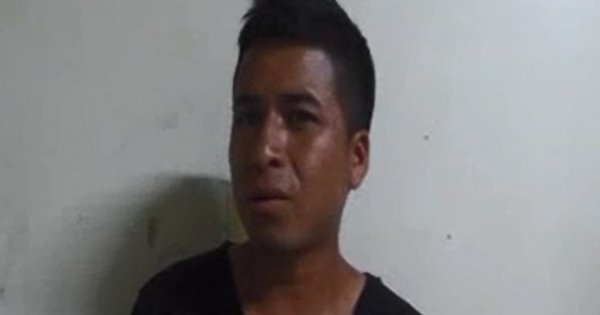 (Q24N) LIMA – In Peru, police have man in custody on suspicion of sexually abusing a little girl. The arrest was possible thanks to the girl telling her mother about what had just happened, who went looking for him.

The girl said the man had fooled with a toy to follow him.

“My little girl, last night crossing the street with her, points to a man says ‘that guy took me home’, then I asked her to show me where he lives. I asked her he touched her, she told me yes, I asked her if he pulled down her pants, she said nothing and kept silent,” related the mother of the child.

Once in police custody, the man admitted to everything. He told police he did not want to abuse her sexually, “only to touch”.

“The girl got scared and said she didn’t want to be here anynmore…to take her home, then I did as she asked, I tool her home,” he said.

“I fooled her with bad intention…I wanted to be with her…masturbate, no…I just wanted to touch her and nothing lese…I did not mean to do those things…we walked…I didn’t even carry gere,” said the man in tears.

According to the report by La Republica in Peru, the man is a repeat offender, with at least two complaints for the same offense.