If There Are So Many Job Fairs in Costa Rica, Why Still So Much Unemployment? 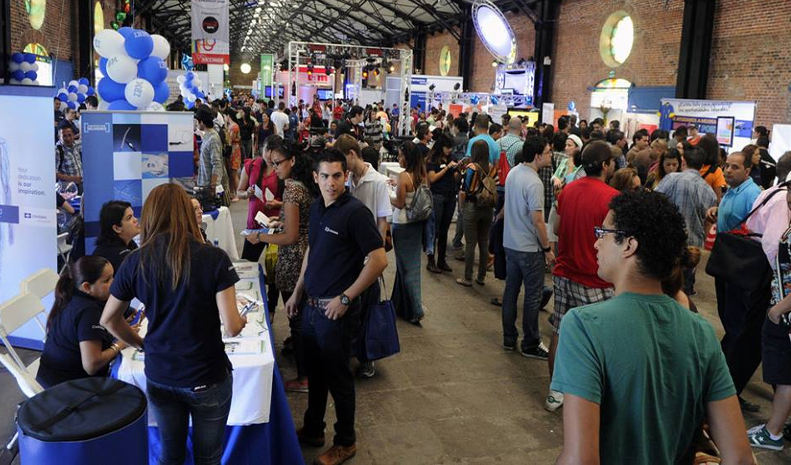 COSTA RICA NEWS -Some ask, if every week there seems to be a job fair or other, why are so many still out looking for work?

In a report by La Teja on the subject, they spoke to Catalina Arrietta, a HR (human resources) expert to explain why even though so many show up at job fairs, and so many jobs being offered, the issue of unemployment continues.

Catalina explains that there are many variants, one is that not all people attending job fairs are hireable. The expert says that only 20% of the resumes submitted are considered by companies in their hiring process.

The other question on the minds of many, is why a company offers say 500 jobs at one fair and then offers again 500 at another job fair and so on?

Catalina says that many companies have high employee turnovers, explaining that the companies are not hiring 500 for new jobs, rather they are replacing the 500 already laid off, thus there really is no increase in employment.

This practice could be, and we are only speculating there, that in Costa Rica every new hire is on a temporary basis for three months. A company can lay off a temporary employee without cause and not be burdened with having to pay full benefits, as in the case of a permanent employee. Thus, in rotating staff, some companies don’t mind the turn over in exchange for the savings.

And then there is the “generation Z” employee. Kids born in 2000 and after comprise Generation Z , and they have grown up in a much different world than their predecessors. Z’s are not be team players, will be more self-directed, will process information at lightning speed and will be smarter. These are young people who expect the job to adapt to them and not vice-versa. Companies don’t want this type of employee that is common in call centres and fast food outlets.

- Advertisement -
Paying the bills
Previous article7 Ways to Spend as Much Money as Possible in Costa Rica
Next articleBeware of Crocs When Swimming in Costa Rica’s Rivers, Ponds and Lakes

QCOSTARICA - With the intention of protecting minors, a...
Latin America