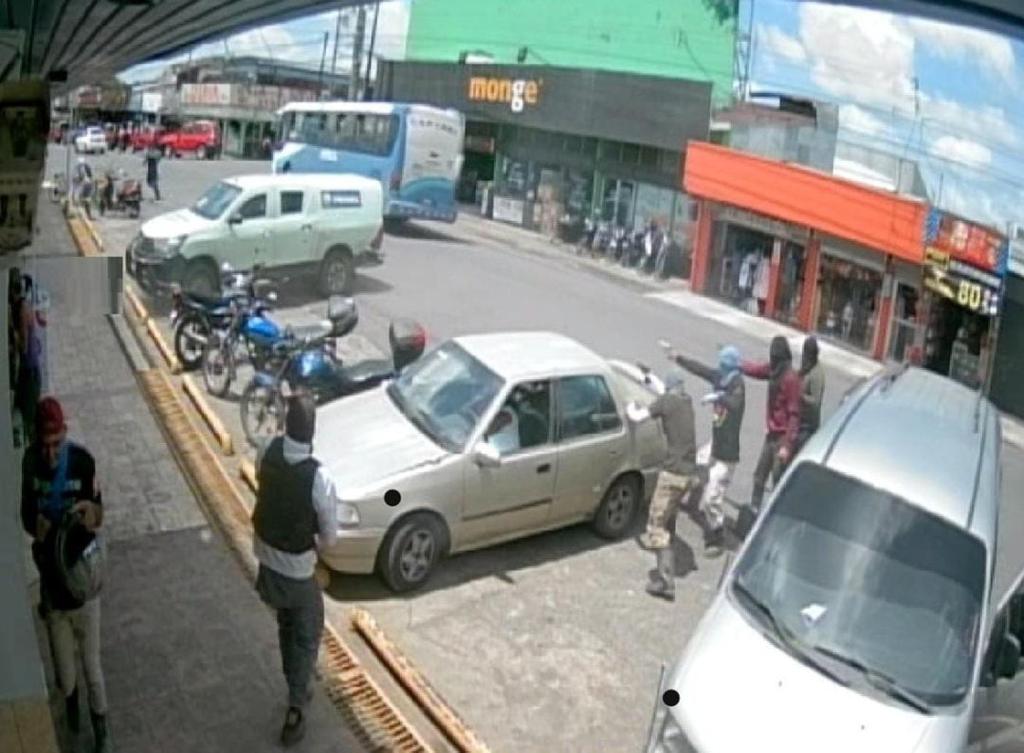 QCOSTARICA – The Organismo de Investigación Judicial (OIJ) recovered more than 23 casings at the site where the failed deadly attempted assault on an armored bank truck occurred on Saturday afternoon in Cariari de Limón.

Most were 9mm caliber, but they also found casings of an AK-47 assault rifle, a prohibited weapon in the country.

In the violent act, the bank guard Hernaldo Gutiérrez Arburola, 32, and Sharon Hernández Alpízar, 19, who was walking near the local Banco National, were murdered.

As for the sixth man captured, the OIJ mentioned that they will not provide his identity for the moment since they are investigating his specific relationship with the events.

After the arrest, the OIJ set about collecting evidence both at the scene of the events, and a kilometer and a half from that site, since that was where they found the minivan used by the criminals to commit the robbery.

The casings were found both in various places on public roads and inside the van.

The attempted robbery took place at 12:40 pm Saturday, in front of the Banco Nacional branch in Cariari de Limon, a short distance from the local police station.

According to the police report, the assailants waited in the van parked a short distance from the armored truck would stop to service the bank, and opened fire once the armored truck personnel got out of the vehicle.

After the shootout, the assailants fled the scene, without the loot, only to be captured later.

The group is allegedly linked to other similar assaults on armored trucks in Limon over the last several months.

- Advertisement -
Paying the bills
Previous articleAre we are out of the woods yet?: Daily cases drops, hospitals and deaths continue
Next articleBishop of Cartago suspends baptisms, first communions and confirmations to avoid family parties

Faced with an increase in scams, Banco Nacional will ask for a code to transfer through Sinpe Móvil

QCOSTARICA - A large number of clients of the Banco Nacional...
Read more