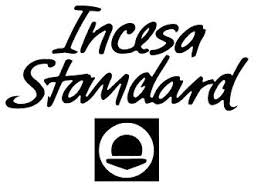 QCOSTARICA – Incesa Standard, manufacturer of kitchen and bath fixtures, announced it is moving its manufacturing operations in Costa Rica, to its plants in Guatemala and Nicaragua.

The plant closure in Costa Rica means the layoff of 150 people.

But the company is not close the doors completely in the country. Other departments such as sales, distribution, human resources, development and innovation, employing 170 people,  will remain in Costa Rica.

“Costa Rica’s team has done a great job looking to improve their competitiveness. Unfortunately, such intensive labor and energy consumption as it is in the sanitary ware manufacturing process, it is very difficult to offset the high costs of business competitiveness, ” explained the company in a statement

“The changes we are making in our production will be done with the greatest respect for people, honoring the principles and values that characterize both Incesa as Corona,” said Ricardo Pineda, president of Incesa.

The Colombian multinational, Corona, acquired a majority interest in Incesa and American Standard in Central America. Founded in 1881, Corona is of one of Colombia’s largest conglomerates.

Other recent closings include the restaurant chains Wendy’s and Bagelmen’s.

QCOSTARICA - With a string of walks that will begin at 5 am and will continue every hour until 10 am, in groups of...
Read more
Dollar Exchange

QCOSTARICA - The dollar exchange fell ¢10.38 this week as a result of the traditional sales of foreign currency made by companies to pay...
Front Page

QCOSTARICA - Costa Rica's new twenty rojos* bill was rolled out, circulating in the country on Thursday. And though they may be flashier, made...
Trends

As the world of online casino games continues to boom in 2020, players across the globe are choosing to head to the web for...
Utilities

QCOSTARICA - The Regulatory Authority of Public Services (Aresep) announced this Wednesday that it plans to introduce prepaid electricity applicable to the residential sector. With...
Health

QCOSTARICA - A man named García, a resident of Osa, in the southern zone, underwent a penis amputation on Wednesday in an attempt to...