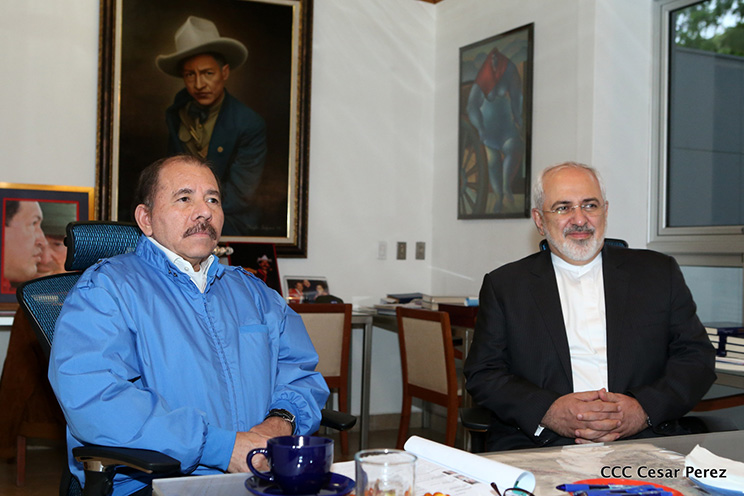 (TODAY NICARAGUA) Iranian Foreign Minister Mohammad Javad Zarif said Tuesday in Nicaragua his country is interested in participating in the proposed, currently run under the control of a Chinese company.

The diplomat, touring Latin America, said relations between Iran and Nicaragua “are excellent”.

“I am accompanied by delegation of representatives of the private and state sector. From the private sector, they are here in order to participate in the grand canal project,” said Javad according to the official translator.

The construction of the waterway project, three times larger than that of the Panama canal and at a cost of US$50 billion dollars was given in concession to the Chinese company HKND, which expects to complete the work by 2020.

However, the start of construction that was to have taken place two years, was postponed to the end of 2016.

Nicaraguan government spokeswoman and vice-presidential candidate, Rosario Murillo, said cabinet members demonstrated to the Iranian delegation the investment opportunities in the canal and other areas of the country.

Mohammad visited the Congress, where he was welcomed by members of ruling Sandinistas (Frente Sandinista), and planned further talks with President Daniel Ortega before leaving for Ecuador, according to Murillo.

Iran and Nicaragua narrowed diplomatic relations after Ortega’s return to power in 2007. The two countries maintained relations of cooperation during the Sandinista revolution in the 1980s.

Is The Gran Canal de Nicaragua Dead In The Water?

QCOSTARICA - “I know that I am here for...
Redaqted