Irazú Eruption Being Analyzed by Experts 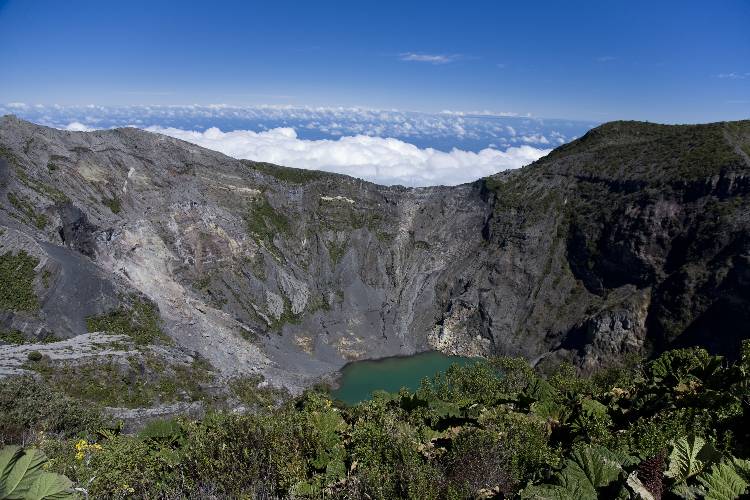 Irazu Volcano has not erupted since the months-long devastation of 1963, but scientists have studied thousands of best- and worst-case scenarios to help prepare the National Emergency Committee for such an eventuality.

During the last eruption, the volcano dumped ash all over the Central Valley, extending to outer provinces. To test some 51 scenarios, vulcanologists, geologists and computer experts conducted 320 simulations to probe effects on health and agriculture of ashfalls.

In 1963, the ash and smoke darkened the skies around Cartago and the rest of the densest population areas, piling on roofs and seeping into attics like a heavy snowfall. The computer studies simulated this but also milder eruptions as well.

The analysis in the United States took up 138 computers. Here, the Costa Rican Technological Institute ITCR) cobbled together a network of 16 computers as well. “There was so much data that it was more work to take the material there (the U.S.) than it was to analyze it here,” joked ITCR’s Jose Castro.

Design of the study was in the hands of ITCR and the National University at Heredia (UNA). Despite all the work there is no one decisive scenario, cautioned the experts who noted that wind direction and the height of the plume of gases spewed above the crater will determine damage.

The study covers an event so mild that ash does not even reach the outskirts of Irazu National Park. But should a more severe eruption occur scientists will have only a matter of few hours to advise authorities. Although the ash, when it decomposes, makes a fine fertilizer, a heavy coat of the sulphurous fall can kill even trees.

“If authorities who make decisions have only the worst case scenario,” says UNA’s Gustavo Barrantes, “but we don’t say how probable that may be, they cannot do their jobs.”