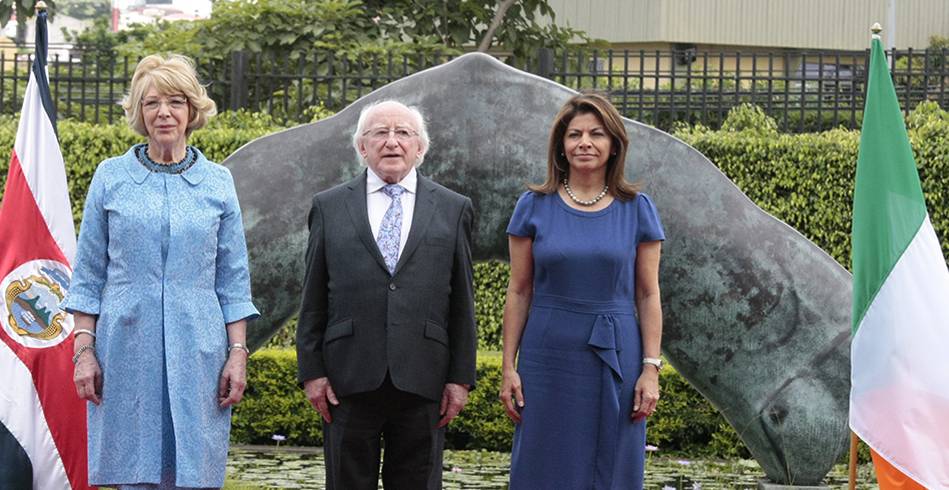 Presidenta Chinchilla (right) stands with the president of Ireland, Michael D. Higgins, and his wife, Sabina Coyne, outside of Casa Presidencial in San José

Higgins is in Costa Rica to strengthen trade and investment ties, taking advantage of the recent entry into force of the  Association Agreement between Central America and the European Union (EU).

Presidenta Chinchilla offered for Costa Rica to serve as a “bridge” to Ireland to be closer to the other Central American nations, taking advantage of Costa Rica holding the presidency of the Community of Latin American and Caribbean States (CELAC), that comprises 33 countries speaking five different languages.

Ireland is in full support of Costa Rica’s entry to the Organization for Economic Co-operation and Development (OECD), an international economic organization of 34 countries founded in 1961 to stimulate economic progress and world trade.

QCOSTARICA - No doubt, vaccines are one of the most powerful tools to maintain control of Covid-19, but when it comes to entire populations,...
HQ

QCOSTARICA - Puntarenas is the only province in the country that has a contagion rate or "r" rate greater than 1. This is detailed in...