Is Genetics the Reason Why No Costa Ricans Have Broken Into the NFL As Yet? 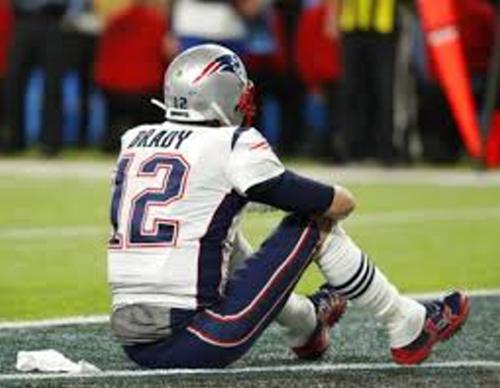 It’s at this time of year when people start to get very excited about the new NFL season.

Ahead of September’s big kick-off, American football fans have been purchasing their favorite team’s shirt, setting up their fantasy teams, and getting ready to earn the bragging rights against their friends and work colleagues.

As legalized sports betting also spreads across the United States, more and more lovers of the sport will be wagering on the NFL or the NCAAF 2021/22 outright American football odds, having their say on who they think will win each conference or maybe who will go on to lift the Vince Lombardi Trophy at the SuperBowl. There is a thriving community of football lovers in Costa Rica too, and the local FEFACR (American Football Federation of Costa Rica) ran league continues to go from strength to strength.

But there’s never been a Costa Rican that has earned an NFL contract, and in fact, Central America has not been well represented in the biggest football league in the world in recent years – although who can forget Steve van Buren, the Honduran who at the time of his retirement in 1965 held all-time NFL records in the rushing categories of attempts, yards, and touchdowns?

Perhaps the reason is down purely to genetics. It takes all shapes and sizes to form an NFL or college football roster, although according to the organization’s own data the smallest of players tend to stand 5ft 11in tall and weigh around the 193lb mark.

That physical edge manifests itself in other areas too. In American football, offensive players need to have an electric turn of pace – particularly running backs, of course. Note that there have been 39 medallists in the men’s 100m sprint race at the Olympics from America, and zero from Costa Rica (although Lloyd La Beach, a Panamanian, did win bronze in 1948). Of course, that can be down to opportunity, funding, and many other factors.

Maybe the real reason is visibility. It’s no secret that young people (and those of a slightly older vintage) will want to follow what they see on TV and with their own eyes, and so it’s no surprise that – given that soccer is the most popular sport in Costa Rica – that is the sport where Costa Ricans have thrived the most.

They have played in four editions of the soccer World Cup, and in 2014 reached the quarter-finals – making them amongst the eight best teams on the planet. Keylor Navas, the outstanding goalkeeper, has played for two of the biggest clubs in the world in PSG and Real Madrid.

Swimming and surfing are two other sports where Costa Ricans have thrived, and both of those require tremendous physicality in their own ways.

But a Costa Rican in the NFL or the NCAAF? It seems a long way off for a nation of people not known for their tremendous size.

- Advertisement -
Paying the bills
Previous articleCuriosities: One of the longest straights in Costa Rica
Next articleA giant in the friendliest airport in the region (photos)

QCOSTARICA - Since the pandemic began in Costa Rica,...
Trends